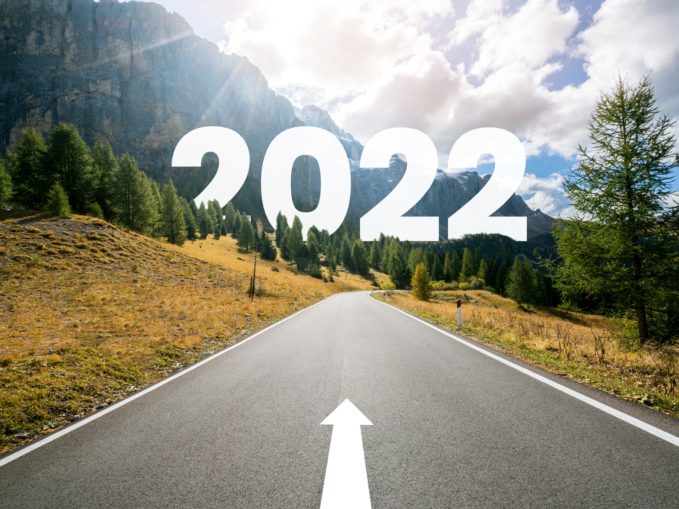 Nearly 30 years ago, the comedian Bill Murray starred in a movie that would become part of the national lexicon. “Groundhog Day,” was the story of a cynical weatherman who kept living the same day over and over until he sees a way of using it to his advantage.

And while our industry might not be reliving the exact same day over and over, a look back at 2021 – and a look ahead to 2022 – gives me one over-riding thought: That fleet, especially from a remarketing perspective, can expect to face many of the same challenges it has the past two years. And that unless something unforeseen happens to change that trajectory, 2022 is shaping up to be quite similar to 2021.

Like most, I had high hopes that 2021 would be markedly different from 2020. And with a new vaccine on the horizon, and nearly a full year of restrictions behind us – why not?

But in reality I saw light at the end of the tunnel, those sky-high hopes gave way to the harsh realities of the virus. Every time the industry seemingly got ahead of Covid; reality told us different. From trade shows turned in to virtual events to a complete halt to corporate travel, it became obvious that 2021 would be another year of difficult challenges, creative work arounds, and, in some cases a whole new way of doing things.

For the team at FLD, many of whom had worked together for decades, the challenges were no different. And while everyone initially had high hopes, 2021 hit harder than a freight train. Like most of you, perhaps the biggest unknown was the cold reality that both new and used inventory were going to be virtually non-existent. It was the kind of shortage that no one in the industry could see coming.

As milestones like NAFA and NTEA conferences morphed into virtual events, we all had to wonder if we were living the new reality. And, whether 2021 might even be more challenging than 2020. By Q2, the growing chip shortage was in full swing, and not soon after, major auto manufacturers shuttered assembly lines (if not plants,) idled workers, and eventually turned out just a fraction of the vehicles they had planned.

By the time the dust had settled, the global auto market had lost by all accounts more than $210 billion dollars, but the problems hardly stopped there. As the year wore on, a global supply chain kerfuffle had all but eliminated access to vital manufacturing components, further limiting production and causing an uneasy chill to come over fleet.

Making matters worse, several “stops and starts” dented growing optimism that 2021 would be a year for turning the proverbial corner. And while initial enthusiasm and hope for a return to normalcy were high, the truth was that by year’s end, there were few positives to hang on to as the Delta variant surged, excitement for in-person activities were challenged, and issues with chips, inventory, the supply chain, and labor continued.

And while OEMs took orders for just as many vehicles as they had in the past, we believe that well over 30% of those units never delivered, and most likely never will.

Further muddying the waters, the indicators we have traditionally relied on to predict where the market is headed – the unemployment rate, housing starts and the dollar – continue to be out of whack. This has made it all but impossible to get a firm grip on where the industry is headed other than to say that things likely won’t change dramatically in 2022.

Heading into 2022, it’s easy to both see – and feel – that fleet professionals are anxious for good news. That said, there is little to lead us to believe this year will be markedly different from last.

As it stands, the supply chain is still in disarray, new variants are pushing people back to home offices, and the microchip, supply and labor issues remain a challenge. Given this scenario, we’re still advising customers to be extra cautious as they execute strategies and set an agenda for 2022.

Perhaps hardest on the remarketing space, there is still little or no indication when – or even if – access to new inventory will improve, further driving up the cost of used assets and making it hard for fleets to part with the inventory they do have. And while many OEMs continue taking orders for new vehicles, the reality is there simply aren’t enough available materials to build them, something that seems obvious to manufacturers as they continue limiting production. As it stands, while it appears most vehicles that do get manufactured will go to conquest accounts and high-volume dealers, the truth is it may be months and months before anyone takes delivery (a hard pill to swallow for those who have waited patiently for their share of inventory and now expect 80% of available unit).

In fact, in our estimation, 2022 could see the lowest delivery numbers for new vehicles since 2009, with just a 15.1 SAAR (seasonally adjusted annual rate) expected by even the most optimistic predictions. 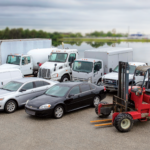 At this point, we believe medium duty vehicles will continue to be in high demand as ravenous consumers drive last mile delivery increases. That said, there is little evidence of an uptick in medium duty production as manufacturers lack both resources, components, and labor to make that happen.

All of this tells us that used inventory prices will hold at historic highs, but little indication that they will continue the kind of meteoric increases we saw over the last two years. And while sellers will push to keep prices high, we believe that many business owners who “do the math” will find it difficult to justify such high costs with profit margins cut by these spiraling cost. And while it is possible that prices will erode towards the end of the year, that is not guaranteed in this environment.

In addition to a reduction in new vehicles, we are still predicting continued issues with the supply chain, as ships line up at major ports, and the cost of importing both raw materials and key components skyrockets. And while several auto makers are exploring the possibility of producing their own microchips, the reality is that lack of access to key items like microprocessors will keep production  at historic lows.

And while there is always the possibility that further unforeseen circumstance – think Covid – could radically change the industry’s trajectory, these are a few of the other issues on our radar heading in 2022:

And finally, with traditional indicators still in flux and little to nothing following established business norms, we’re keeping our eyes peeled for the unknown. After all, who could have predicted Covid Or that the world would be such a radically different place than it was just two short years ago?

Here’s hoping everyone has a happy, healthy, and productive start to 2022!

Bill Bishop is SVP of Sales and Marketing at FLD Remarketing. Every quarter he writes the White Metal Market Report (WMMR) – a look at the issues facing the white metal and heavy duty truck market. To sign up for a free copy of the WMMR, write us at [email protected], and to reach Bill, email [email protected] or visit our website at www.fldinc.com,