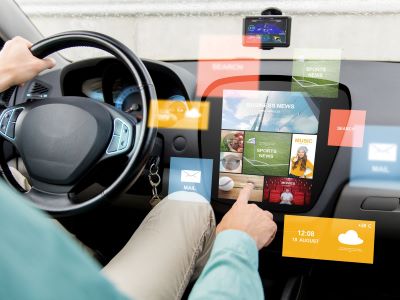 January 16, 2022 – Automakers have been installing increasingly high-tech features and infotainment systems in vehicles, but that doesn’t mean they’re becoming safer. The most recent statistics show that as of 2018, distracted driving contributes to one in four fatal crashes.

More complex infotainment systems could be contributing to the problem. Research found that infotainment systems in the vehicles from the 2018 study often put a very high demand on drivers through a combination of visual, mental, and time demands, with some tasks taking upwards of 48 seconds.

“Drivers often end up taking their eyes off the road to look at the technology and are frustrated as to why it’s not doing what they want it to do.” said Robyn Robertson, chief executive of the Traffic Injury Research Foundation. ” Automakers have been working to address distraction issues, such as improvements to voice commands, but those can pose their own risks.”

via The Globe and Mail

Jan 16, 2022connieshedron
Look Back -- Look Ahead -- Fleet Industry in for Much of the Same in 2022NYC Mayor Wants to Shrink City's Massive Fleet of Vehicles