Used Car Buyers Charged Up about EVs and Hybrids 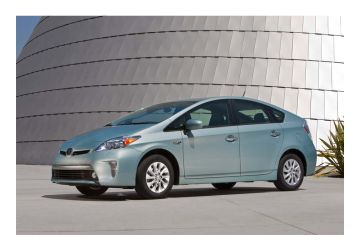 Looking for a good used car? Well, if you find a hybrid or an EV you like, don’t dawdle on buying it because it’ll be off the lot before you know it.

According to iSeeCars.com, five of the top 10 fastest selling used cars in the U.S. in the first half of this year were hybrids or full electrics, including the top three movers. Perhaps even more astonishing, only one of the top 10 is an American car.

Overall, iSeeCars.com found that one- to three-year-old used cars took an average of 42.4 days to sell. The top 10 fastest selling cars, however, were much faster—ranging from just 19.7 days on the market to 29.4 days.

“For a car to sell so quickly, it needs to have the right mix of demand and supply,” explained iSeeCars.com CEO Phong Ly.

The fastest selling car in America was the Toyota Prius plug-in hybrid, taking just 19.7 days to move. It was followed by the Nissan Leaf at 24.3 days and the only American car on the list, Tesla Model S at 26.1 days. The Prius is currently moving more than twice as fast as normal used cars, and is a dramatic turnaround from this time last year when it took 38.1 days to sell one.

“The dramatic decrease in days on the market is at least partially due to the fact that 54 percent of these cars were sold in California and the distribution of the stickers that allow plug-in hybrids to be used in California’s HOV carpool lanes with a single occupant has reached its limit, pushing up demand for used cars that already have this privilege,” said Ly.

The remaining vehicles on the list and how long they take to sell are:

While trucks and sport-utes have been blowing off new car sales lots due to the low gas prices, it seems unusual that used cars would be going in the opposite direction; however, Ly has a theory.

After many years of alternative fuel vehicles on the market, consumer confidence in these vehicles’ performance, range, safety, and battery life has increased. Now, with these used models being more affordable than ever, some buyers are taking the leap to cars that reduce their dependence on gasoline even though gas prices are still low. Ly was quick to point out that not all alternative fuel vehicles show this pattern.