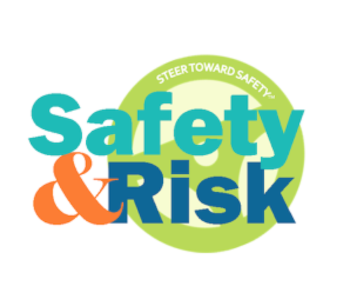 The first self-driving auto fatality in the U.S. once again raises the question for this risk industry vet: Are In-car Technologies Influencing Dangerous Driving Behaviors?

On May 7 Joshua D. Brown an Ohio resident in his 40s was killed in Florida when he drove under the trailer of an 18-wheel semi truck while operating his Tesla Model S in “Autopilot” mode

Getting beyond the sensational headlines and the tragic loss, what can we learn from this incident? Is there something new to learn here or does it remind us of safety principles already proven but largely ignored? The answer is “yes” on both counts.

In terms of “something new to learn”: Tesla Motors’ Autopilot feature was not designed to equip a car with full-driving control capabilities. As stated in Tesla’s release on the incident, when a driver activates Autopilot, the acknowledgment box explains, “this is an assist feature that requires you to keep your hands on the steering wheel at all times,” and that “you need to maintain control and responsibility for your vehicle” while using it.

Additionally, every time Autopilot is engaged, it alerts the driver to “Always keep your hands on the wheel. Be prepared to take over at any time,” emphasizing that drivers are always responsible for operating their vehicles at all times. The assumption that new in-car technologies will drive for you is misguided and dangerous. This misconception needs to be properly communicated and understood by all drivers.

Regarding “safety principles already proven but largely ignored” should be, I believe, of significant concern to fleet operators and safety professionals. What I’m referring to here is the concept of Risk Compensation, which can be explained as: the more protected a person feels, the less cautiously the individual behaves. The principles of which have been well demonstrated and proven. To provide added insight on this concept, following is an article I wrote many years ago but which still has relevance today—perhaps more so now that in-car technologies designed to aid driving are more quickly being developed and introduced. Please read on.

Risk Compensation Hypothesis
Vehicle Safety Technology: Is It Worth The Risk?

Is there a correlation with the statistical trend of lower crash rates but higher severity with the increasing use of technology to keep drivers safe? Today’s vehicles are safer than ever. We now have vehicles equipped with advanced air bag systems, anti-lock brakes, traction control, rear-view cameras, etc. and more technologies are on the way, such as automated safety zone management controllers. As you turn the key in one of these technology-laden vehicles, you might believe that driving is no longer a risky proposition. Perhaps the statistical crash trend of increasing severity is bringing to light that drivers are taking bigger chances and becoming victims of their own risk compensation.

The idea that a vehicle will keep one safe and out of harm’s way is a very dangerous assumption. The most sophisticated piece of safety equipment in any vehicle is actually located between the driver’s ears. Overconfidence in technology and a disregard for driving responsibilities will eventually catch up with us over time.

To illustrate, in the quiet, climate-controlled cabin of your vehicle, with the plush, ergonomically designed seat, and all the safety systems showing A-OK: Have you ever experienced a routine drive that when you’ve reached your destination; realize you cannot remember how you got there? If this has happened to you—beware: your driving habits, no matter how well your vehicle is equipped, are putting you in serious danger. Perhaps you are already a victim to risk compensation?

Numerous studies support this hypothesis, which points out that as new innovations are introduced to reduce risk, they actually prove to be ineffective in producing the desired result: improved safety performance. Let’s look at a more concise definition of the risk compensation hypothesis: “If you alter a person’s circumstances in such a way as to make him safer, and he is aware of this change, but his attitude toward risk remains unchanged, he will modify his behavior in a way that tends to restore the level of risk with which he was originally content.”

Don’t believe this? Let’s take a look at anti-lock brakes (ABS) which have been in vehicles (still not mandated in the U.S.) for decades now. ABS generally provides improved vehicle control and decreases stopping distances on dry and slippery surfaces by allowing the driver to both brake and steer the vehicle while the system prevents the wheels from locking up. However, ABS has failed to make a serious dent in the number of people being injured and killed in crashes. Numbers tracked by the Insurance Institute for Highway Safety (IIHS) have pointed out that even though there are more ABS equipped vehicles than ever before, just as many people are killed in these vehicles as ones without ABS.1

Another often quoted research project provides some insight to the underlying issue. In a 1994 study conducted in Munich, half a fleet of taxicabs was equipped with anti-lock brakes while the other half was equipped with conventional brake systems. The crash rate was substantially the same for both groups. The researcher, Gerald Wilde, concluded this was due to drivers’ of ABS-equipped vehicles taking more risks, assuming that ABS would take care of them, while the non-ABS group drove more carefully because ABS would not be there to help in case of a dangerous situation.2 Another study with similar results was also conducted by the Canadian Ministry of Transport.

Perhaps John Adams, emeritus professor of University College (London), using ABS as an example, best described what occurs as technology-based safety features are added to vehicles. “The evidence from cars with ABS is that the improvement was consumed as a performance benefit rather than a safety benefit.” He further states, “Accidents simply started happening at higher speeds.” 3

So what do you think? Is risk compensation an issue? Will increasing overconfidence and reliance in the growing number of safety innovations placed in vehicles put us at greater risk? If you are a manager of fleet safety, how do you address this issue with your associates?

Today, more than ever (this is good), there is a heightened awareness of the risk associated from poor driving habits (behavioral issues). The publicity around cell phone usage while driving and the adverse consequences has played a major role in getting this message out. Unfortunately, as we have seen, one of the key controlling factors for improved safety performance is the driver’s perception of risk. As the perception of risk increases, crash rates drop. Only when a driver truly understands what the exposure is and the potential severity of the consequences, does he start to consciously control risky behavior and replace it with sensible decision making.

It is important to recognize, understand and communicate (internally and externally) that while we have the opportunity to be better protected by technological advances, such as ABS, traction control, and all the other marvelous safety innovations yet to be made available to us, when behind-the-wheel we have an obligation to ourselves and the people we share the road with to remain conscious of our duty to act responsibly. We must depend only upon ourselves to get safely to our destination. Stay vigilant about the dangers associated with risk compensation. Don’t get lulled into a false sense of safety created by technology—it’s really not there.

Note: As of July 14 Consumer Reports has called on Tesla Motors to deactivate its partial self-driving system and reported Tesla should block its Autopilot steering technology, overhaul and rebrand it, adding the name “Autopilot” is “misleading and potentially dangerous.”

Footnotes:
1. Insurance Institute for Highway Safety (1996) Antilock Brakes Don’t Reduce Fatal Crashes
2. Wilde, Gerald J. S. (1994). Remedy by engineering?
3. Adams, John. (1995) “Risk”. UCL Press Ltd. University College, London
A Note From The Author: Not to diminish the need to recognize potential problems from risk compensation, while the Munich study is often quoted to support the Risk Compensation hypothesis this author believes there is actually a simpler, more profound explanation for the poor showing of anti-lock brake systems: the majority of the driving population has never been instructed on how to use a vehicle’s ABS system. A properly training driver who has practiced using anti-lock brakes and the associated correct steering techniques statistically will experience a much lower crash rate than non-trained drivers. For example, in part, a study conducted by Georgetown University supports this conclusion. 4
4. The Center for Business and Public Policy (2005) “The Business Case for Safety”. Georgetown University
———————————————————————————————————————————

Safety & Risk is presented by Driving Dynamics an accomplished provider of impactful driver safety training and risk management services. Continually building and delivering programs based on sound research, proven learning methodologies and expert instruction, we are dedicated to improving drivers’ abilities to stay safe by leveraging risk management tools, principle-based learning and applied techniques. The One-Second Advantage™ safety training principle developed by Driving Dynamics is rooted in research that shows 90 percent of all traffic crashes can be avoided when the driver has just one more second to react and knows what to do with that additional second. Driving Dynamics encourages all drivers to Steer Toward Safety™

Steer Toward Safety and The One-Second Advantage are trademarks of Driving Dynamics Inc. All Rights Reserved.

Actionable Data: Creating a Holistic View of the Driver
Omnitracs Announces New Evidence of the Risks and Cost of Distracted Driving in Latest Data Insights