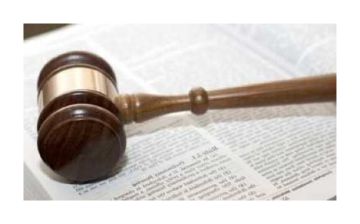 The push to impose criminal penalties on auto executives who fail to disclose deadly automobile defects hit another roadblock last week when a Senate committee voted down such a proposal.

Lawmakers and safety advocates who were pushing to institute criminal penalties for such behavior expressed dismay as that and a series of other auto safety reforms — including barring used-car dealers from selling vehicles with unrepaired recalls — also failed to proceed.

“Hiding these deadly defects with near impunity is what the industry has succeeded in doing,” said Senator Richard Blumenthal, Democrat of Connecticut, who introduced several provisions that were voted down.

A few measures like raising the maximum civil penalty on automakers from $35 million to $70 million won approval, however. Republicans also agreed to give the Obama administration the funding increases it had requested for certain National Highway Traffic Safety Administration programs, provided the agency first adopts all of the inspector general’s recent recommendations.

A record year for auto recalls has led to multiple congressional hearings since last spring: Victims recounted their stories of injuries and lost loved ones, and auto executives came under withering criticism from lawmakers.

But despite the attention on Capitol Hill, new legislation has largely gone nowhere, as automakers’ lobbyists flexed their muscles to keep new regulations and penalties from moving forward — a task made easier for the lobbyists by the switch to a Republican-controlled Senate in January.

On Wednesday, in the same room where many of the hearings had taken place, the United States Senate committee on commerce met to complete its contribution to the huge transportation bill that Republican leaders intend to take to the floor this month.

The transportation funding bill is the last viable chance for the current Congress to pass auto safety reform, aides on both sides say. As a result, lawmakers vied during the meeting to attach auto safety provisions to it — a common tactic for passing legislation that had otherwise stalled.

But one after another, Democratic senators’ proposals were defeated. The exception was a measure to ban rental companies from renting cars with unrepaired safety recalls. Still, a similar proposal to prevent used-car dealers from doing the same failed on a party-line vote. (The committee’s chairman, John Thune, Republican of South Dakota, said that banning used-car dealers from selling recalled cars “could have unintended consequences,” like complicating trade-ins.)