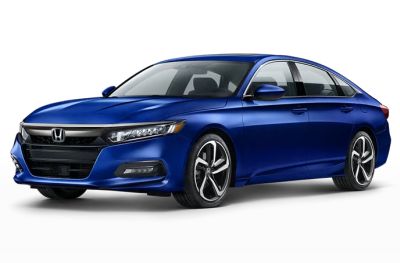 In the end, all-electric and plug-hybrids are both more expensive than pure hybrids and traditional gasoline-powered sedans

Washington Post columnist Charles Lane ignited a bit of a firestorm among some readers with a December 30th piece that bore the headline, “Why electric cars still don’t live up to the hype.”

Lane opened by noting that “For the past 10 years, I’ve waged a quixotic counteroffensive against electric-car boosterism, raining skepticism on the vehicles’ potential to cure climate change, much less to be the clean, green wave of the transportation future.”

Lane backed up his point of view with some stark facts:

• Worldwide, electric car adoption has been meager, accounting for just 1.5 percent of global sales in 2018 – a far cry from projections made by some back in 2010 that they’d represent 10 percent by the end of 2020.
• Despite the expenditure of billions of dollars in federal and state incentives to buy EVs, as of March 2019, there were 1.8 million electric vehicles on U.S. roads, less than one-half of one percent of the total.
• While fully electric vehicles emit zero pollution themselves, 64 percent of U.S. electricity comes from burning coal and gas, which means that, for most people, switching to EVs merely changes the source of pollution, not the amount.

To which, let me add one other inconvenient fact: as of April 2019, there were only some 21,000 public charging stations for electrified vehicles across the United States, compared to 125,000 gas stations. That means that to enjoy even a modicum of the utility drivers of plug-in vehicles get from their gas-fueled cars requires an investment in a charging station, and hours to deliver a full charge. (More about that below. )

Government pressure spurring OEMs
Lane concludes from these facts that the U.S. OEMs who are committed to making dozens of new EV models available by 2023 are responding more to government pressure instead of an upsurge in consumer demand. The basic problem, he says, is that EVs have yet to achieve price and performance parity with gasoline-powered vehicles.

Lane closes his column with several less-than-optimistic comments from several industry insiders and observers. He notes that:
• GM President Mark Reuss recently noted that EV-gas cost parity “may happen” within a decade, not before;
• Honda’s CEO has been quoted as saying he doesn’t believe there will be a dramatic increase in global demand for battery-powered vehicles in the near future, and
• The author of a mid-2018 report by JP Morgan Asset management said he believes that the total number of EVs on the road worldwide by 2030 will be less than industry experts’ consensus 125 million, or just under 10 percent.

The paper published three letters to the editor in response to Lane’s column. They included a satisfied owner of an all-electric Chevy Bolt, which costs, after rebates, still some $10,000 more than a comparably sized Honda Civic; another who asserts that car batteries will be capable of “running for a million miles within the next few years,” and one who claimed that EVs “are now mainstream, and Mr. Lane appears stuck in the slow lane.”

Resisting the hype
But in spite of such EV-loyalist views, it appears that those who operate U.S. sedan fleets are for the most part restraining themselves against such hype. In conversations with leading fleet management companies and financiers, Fleet Management Weekly was told that EVs make up no more than about 2 percent of all fleet vehicles on the road, with many of them being commercial delivery, government and public transit vehicles with short daily runs and that are recharged overnight at central depots. Key factors in their acquisition have been the availability of incentives for the purchase of both the vehicles and charging stations and the generally longer vehicle holding periods typical of these fleets.

Make no mistake, we at Fleet Management Weekly are convinced that global warming is a critical issue and that one part of the solution involves dramatically increasing the fuel efficiency of all vehicles. But the question is, are fully electric vehicles the right choice for now or the near-term for the sedan components of fleets? It appears to this writer that for many if not most, the answer is no.

Instead, fleet managers should consider “pure” hybrids, vehicles that run on both gasoline and electricity but which generate their own electric current instead of being connected to the power grid. The reason? There are several: They have much better range than EVs and some plug-in hybrids, don’t require an investment of thousands of dollars in charging stations, take far less time to refuel and, even after government subsidies, are cheaper to acquire.

Pure hybrids’ advantage
To illustrate, let’s compare three Honda sedans: the all-electric 2019 Honda Clarity compact (which is only available in California and Oregon) and a mid-sized 2019 Honda Accord (Pure) Hybrid with a gasoline powered, base model 2019 Honda Accord as our baseline.

The mid-sized gas Accord has an MSRP of $23,770, isn’t eligible for any rebates, has an EPA rating of 33 miles per gallon (combined city and highway) and a range of as much as 450 miles. After federal and state rebates, the all-electric Clarity costs $28,000 – over $4,000 more than the fossil-fueled Accord – and has a stunning miles per gallon equivalent of 103, but a range of just 89 miles. (Eight EVs by other makers achieve ranges of more than 200 miles,some with a similar after-rebate cost.) But offsetting fuel cost savings will be either a hefty investment in recharging facilities or a considerable reduction in driver productivity due to more frequent and longer visits to recharge, or both.

And then there’s the Honda Accord (Pure) Hybrid which doesn’t qualify for any energy-related rebates, but its MSRP of $25,320 is still more than $2,500 below that of the subsidized Clarity’s price. And while its EPA rating of 48 miles per gallon is far below that of the Clarity’s, it’s still 45 percent better than the gas-powered Accord, a not-inconsiderable improvement and reduction in fuel expenses.

It also avoids an investment in a recharging station, as its gasoline engine’s only purpose is to generate electricity to propel the car. But the coup de grace is its range: as much as 600-plus miles on a single tank of gas, which means far fewer stops to refuel, and stops that can last just a few minutes instead of the hours it can take for an all-electric or plug-in hybrid vehicle.

Charging station costs and recharge time
Now as for the cost of charging stations, “Level 2” slow chargers range in price from $1,200 to $2,000 for a home-based device to $6,000 to $12,000 for a business, but take nine or more hours to deliver a full charge (and more in cold weather). Faster “Level 3” chargers can cut that time to less than an hour, but cost around $50,000 to buy and install. If you own your own charging station, you can achieve savings on the price of electricity at retail rates, especially at non-peak hours. But if drivers charge at public stations, they’ll be paying more to charging station owners to cover their investment and make a profit.

Consider the hidden costs
In the end, all-electric and plug-hybrids are both more expensive than pure hybrids and traditional gasoline-powered sedans to obtain and entail the hidden costs of keeping them well-charged and lower driver productivity. In addition, if battery costs and ranges do indeed advance rapidly, the current generation of vehicles today may be at risk. The view here is that when considering electrified sedan alternatives, fleet managers will find pure hybrids the way to go – at least for now.

Jan 13, 2020Janice
Uber And Hyundai Team Up To Put Flying Taxis In The SkyHydrogen On The Rise At CES, From Drones And Daimler Trucks To Toyota’s City Of The Future