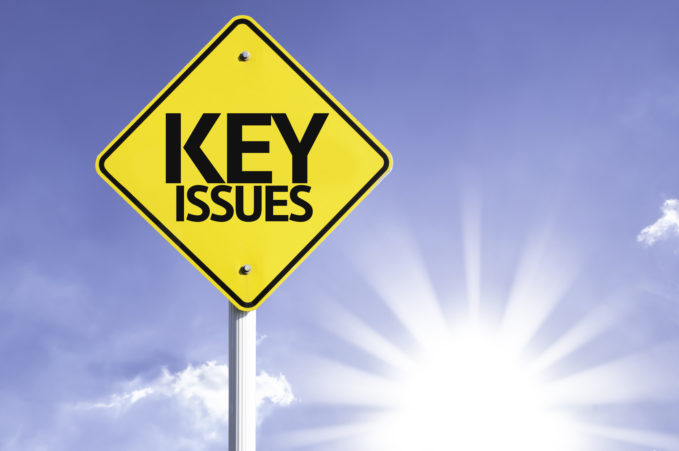 Like most of fleet, the team here at FLD was eager to attend last week’s AFLA Conference in Tucson – especially given that this would be the first time the full AFLA family would be together since the dawn of Covid. And while we were unsure what to expect, this year’s conference turned out to be a well-attended affair with – by unofficial accounts – more than 500 attendees, a near 40% increase over 2021.

It also turned out to be a highly productive, fast-paced event with attendees going from one informative session to the next from sunup to sundown. This included presentations on how to be more productive and how to be a kinder, more caring colleague, as well as several interactive industry forums that shed light on the topics of the day.

But the one thing that stood out to our team was how much the industry has changed over the past couple of years. And that there are some very specific hurdles affecting everyone across the industry, albeit it in different ways. No matter whether you’re a fleet management company, an upfitter, a remarketer, or one of the scores of allied service providers, these five topics are dominating the discussion and dictating your approach to business.

By many accounts, the biggest problem facing fleet is the lack of available vehicles. No matter what part your company plays in the fleet industry, the cascading effects of vehicle shortages have been far ranging and painful. According to Consumer Reports, the auto industry manufactured 1.7 million fewer vehicles in 2021 than in 2019, the last full year before the pandemic. Equally alarming: the number of vehicles manufactured in 2021 was the smallest since 2012, leading to a litany of problems across fleet. For manufacturers, the fewer vehicles they produce, the less revenues they take in. This is the same problem facing fleet management companies, who make more money the more vehicles they have under management. 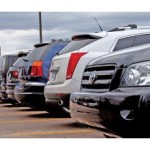 The lack of available vehicles makes it difficult to maintain an efficient operation, much less optimally manage the demands of businesses that have changed dramatically over the last two years. The pain is equally bad for ancillary service providers like upfitters, who now have fewer new vehicles to upfit, or transporters who have fewer new vehicles to deploy, recover or move for their fleet customers. And consider the plight of remarketers like FLD. Over the past two years, we’ve had significantly fewer vehicles to sell as fleets hold on to them longer, unsure as we all are when they will get new ones.

The ICE (internal combustion engine) vehicle shortage may also be hastening the introduction of EVs. Recent reports from fleet managers indicate that they are going to accept as much as 15 to 20% EVs with this year’s vehicle allocations, creating a new set of problems for fleets, many of whom were years from implementing EVs.

The wild machinations in gas prices have wreaked havoc on fleets in 2022, forcing them to pay anywhere from 10% to 50% more for fuel than they were paying just a year ago, especially in hard hit states like California and New York.

According to the Bureau of Traffic Statistics, the price of gasoline rose 49% from January to June 2022, while the price of diesel was up 55% during the same period. This has created a difficult situation for fleets, especially those already hit by the ravages of Covid. And while gas prices have clearly moderated from the highs seen earlier this year, it appears as though they may be headed back up, a situation that creates uncertainty for fleets as we head in to 2023 and beyond. Ditto for inflation, which jumped 8.2% in September vs a year earlier.

This situation has only gotten worse with this year’s aggressive interest rate hikes by the Fed, and by OPEC’s recent reduction in output, both of which make it harder and more costly for fleets to operate efficiently today, or accurately plan for tomorrow. Look for gas prices and inflation to be a continuing thorn in the sides of fleet operations.

While much remains to be answered when it comes to EV’s and EV integration, one thing appears certain. The cat is out of the bag, and no one is turning back. Not fleets, many of whom have been reluctant to go all in on EVs. Not ancillary service providers, who must follow along in lock step. And certainly not the OEMs, most of whom are re-tooling factories and rushing head long into age of EVs. 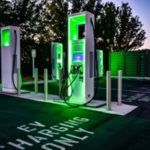 And while many manufacturers appear set to phase out ICE vehicles by 2030, it may be years before we see a majority of fleet vehicles being electric. Especially considering major questions around vehicle range and charging infrastructure. Nonetheless, the EV phenomenon shows little signs of slowing down.

That has major implications as fleet entities try to figure out how best to take advantage of this once in a lifetime sea change. From the upfitters who must manufacturer lighter upfits and determine the best practices for installing their products and solutions in EVs, to the transporters who will be charged with deploying and moving this new class of vehicles. And to the remarketers who will help them find a second life, despite questions around battery recovery and vehicle storage. How this all works on a large scale remains to be seen, but from our perspective, the runway will be long, the integration slow, and the shared realities, painful.

Whether it’s microchips, vehicle parts or even something as mundane as windshield wiper motors (as one experienced fleet manager pointed out during an AFLA panel) the fleet industry has reeled from supply chain issues and shortages, be they people, parts, or raw materials. And why not? According to the US Chamber of Commerce, supply chain disruptions have hit 83% of all industries since the start of the pandemic. Even worse, roughly 38% of all companies stopped production for more than a month at some point over the last two years. These are real numbers that have been hard to recover from. Throw in the fact that over forty-seven million people quit their jobs in 2021 in search of higher paying or more fulfilling work, and it’s not hard to see why the labor pool and supply chains are a mess.

Consider the plight of automotive parts, which are essential to fleet operations. According to the Office of Management and Budget, it took between 23 and 29 days longer to receive auto parts in 2021 than it did in 2019, and by comparison they cost on average 26% more. These are meaningful numbers that can have an outsized effect on fleets, who in turn pass those costs on to their customers and consumers. Until these issues work themselves out – a process that could take years – expect supply chain woes to have a negative effect on the entire fleet space.

To say the fleet space has been going through a period of disruption these past few years might actually be putting it mildly. The truth is, that even without the uncertainty brought about by Covid, and the pressure from today’s economy, fleet has been experiencing upheaval and uncertainty for quite some time. As proof, just consider the following:

-In the last five years, the number of fleet management companies has been reduced significantly as consolidation continues at a breakneck pace. Where once there were 6-8 major providers, now there are half that or less. This situation has often left fleet managers unsure of who they should turn to, or, in some cases, working with entirely new teams or personnel altogether, as reported by several fleet managers at the conference.

During a recent auction in the Midwest, FLD personnel watched on as auctioneers tried in vain to determine which FMC owned the vehicles they were selling, a difficult task given the multiple stickers and missing paperwork for these vehicles. And while auction personnel eventually determined whose vehicles they were working with, stories like this will be more common as the industry contracts.

If you couldn’t attend this year’s AFLA conference, we hope this article sheds light on some of the most important topics facing fleet. Of course, as we always do, FLD will be keeping an eye on these evolving issues – and updating their progress – as we head in to 2023 and beyond. 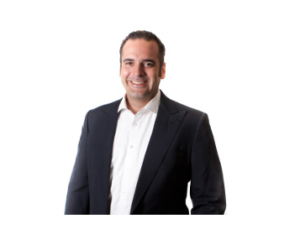 Richard Mallek is Director of Business Development at FLD Remarketing, an active member of AFLA, and an 11-year veteran of the fleet space. He can be reached at richard.mallek@fldinc.com.