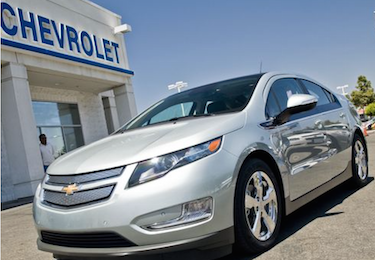 The Indianapolis City-County Council voted overwhelmingly Monday to sue the city to stop it from implementing a $32 million plan to rent electric cars.

By a 23-6 vote, the council authorized the council attorney to file a suit to nullify the no-bid contract with California-based Vision Fleet on the grounds that it was signed illegally.

“There were breaches all along the way,” said Councilman William Oliver, explaining his vote.

The office of Mayor Greg Ballard, which has championed a conversion to an electric fleet of city vehicles to save money and reduce emissions, reacted strongly to the action, calling it “irresponsible and misguided.”

“When one branch of government sues another, taxpayers are harmed,” said spokeswoman Jen Pittman. “We believe we have a legal contract and intend to continue fleet operations without interruption.”

During debates, both Democratic and Republican council members accused the administration of Mayor Greg Ballard of negotiating the contract in secret. Several members also said the electric cars were not suitable for the Indianapolis Metropolitan Police Department, where most of them would be headed.

“We are forcing this program down the throats of the very people who are trying to protect us,” said Councilman Aaron Freeman. “These cars don’t work.”

Democrat Vop Osili said after the meeting that the lawsuit was intended to halt any action on a contract that is “deeply flawed in its legality” and to determine accountability for how the contract was reached.

But he also said he favors trying to salvage some type of electric vehicle program.

The lawsuit would seek “declaratory judgment that the contract was void from its inception and/or is otherwise illegal and unenforceable,” according to Proposal 168 on Monday night’s council agenda.

Council attorney Fred Biesecker said the city illegally entered a no-bid agreement with Vision Fleet. The contract should have been bid because it was a purchasing agreement — not a services contract — and should have been handled by the Office of Finance and Management and approved by the Board of Public Works.

“The administration doesn’t get to ignore state and local procurement law,” Biesecker said in an email to The Indianapolis Star. “This contract should have been competed.”

Jun 13, 2015admin
Telematics: What’s in It for the Driver?New Bill Ties Collision Avoidance to Crash Ratings