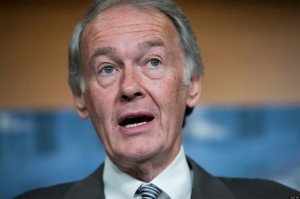 The Safety Through Informed Consumers Act, if passed, it would require the National Highway Traffic Safety Administration (NHTSA) to integrate “active safety technology” into its five-star crashworthiness ratings.

“The Safety Through Informed Consumers Act is a necessary piece of legislation to ensure American families are well-versed on whether vehicles they are looking to purchase are equipped with the newest, state-of-the-art safety technology,” said Heller in a statement.
“Given recent issues surrounding ignition switch defects, airbag defects, and numerous vehicle recalls, this bipartisan-bicameral legislation will help restore consumers’ confidence in the safety of their vehicles. I look forward to working with Senator Markey and Congressmen Rokita and Blumenauer in order to move this legislation through Congress.”
Currently, the rating system measures the level of safety provided by vehicles in frontal and side crashes and rollovers. The results are posted on window stickers for new cars.

While the use of collision avoidance technology and other advanced technologies, such as stability control, aren’t factored into the ratings, NHTSA does identify vehicles with those options in its ratings system.

Markey said including this type of technology as part of the rating system is important because consumers value what the see on the window sticker, in particular, the five-star rating system.

“Today’s five-star safety rating system only tells them how safe they are in the vehicle once a crash occurs, ignoring any features like collision warning and automatic emergency braking, that can help avoid that crash in the first place,” he said.

READ MORE on The Detroit Bureau