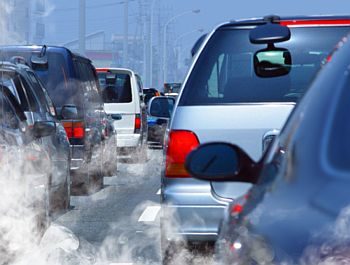 A growing body of research shows that air inside vehicle cabins poses a potentially serious health problem for drivers. The UK-based purification technology company Airlabs says it offers a solution that eliminates the problem and reduces operating costs.

By Andrew Boada, Editor At Large

In recent years, a growing area of interest in air pollution research has been air pollution inside the cabins of vehicles, and what these researchers have found isn’t good. In spite of existing cabin air filters that are standard equipment, it turns out that pollution levels in the air we breathe while we’re behind the wheel may at times far exceed the limits beyond which health problems are likely to occur.

That’s a potential problem for fleets, especially those whose drivers spend long hours in their vehicles. Given the link between employee health, workplace accident rates, business operating costs, and overall productivity, it’s not hard to see how air pollution becomes a source of operating cost.

There might be a silver lining to this smog though. Airlabs, a UK-based company specializing in air purification technology, has developed an air purifier they call “Airbubbl,” roughly the size of a small boombox that can be strapped to the back of the driver’s head rest.

Backed by independent lab testing, Airlabs’ CEO Marc Ottolini says the device does what no other on the market can do: reduce all forms of air pollution typically found inside vehicles to extremely low levels. And, he adds, it’s also a sensible financial investment that will enable motorists and fleets alike to reduce costs associated with air pollution by a sum that exceeds the cost of the device.

“For fleet operators, air pollution is the ‘new asbestos,’” says Ottolini. “For millions of employees, the cabin is their workplace. Unfortunately, air filters in most vehicles are not very effective, leaving drivers exposed to air pollution levels many times above the World Health Organisation’s safety limits.
“There is growing evidence that eliminating air pollution from car cabins has short-term effects that translate into economic benefits for fleet operators, even before you factor in future potential compensation claims from employees.”

Most of the air pollution inside vehicle cabins is exhaust from other vehicles that makes its way in through the ventilation system air intakes, located at the front of each vehicle, where they’re well positioned to inhale the tailpipe emissions of whatever vehicle is right in front of them. This means the more time you spend sitting in traffic, the more time your air intake is pumping your fellow commuters’ exhaust fumes into your cabin.

Exhaust fumes consist of two broad categories of air pollution: particulate matter, which are microscopically small particles, in this case mostly consisting of soot, and toxic gases like NOx, ozone, sulfur dioxide and a family of molecules called volatile organic compounds (VOCs). The source of most of the VOCs in the cabin is vehicle exhaust, but others are given off by plastics, resins and upholstery in the cabin itself.

There are short- and long-term health effects associated with exposure to these pollutants. In the short term, exposure can lead to fatigue, headaches, sore eyes and throat, inflammation of lung tissue, and coughing and wheezing. People with respiratory and heart problems will be more likely to experience distress requiring medical attention. There is also evidence suggesting that inflammation of lung tissue from air pollution exposure increases susceptibility to respiratory infections.

In the long run, chronic exposure to these pollutants can result in serious medical problems such as permanent reduction in lung capacity, lung cancer, stroke, heart disease, and chronic obstructive pulmonary disease.

Vehicles do come equipped with air intake filters that remove some incoming air pollution, but they’re only capable of removing particulates, not toxic gases. Additionally, research conducted by Emissions Analytics, a UK-based independent vehicle emissions testing and data analysis company, found two issues with these filters: they often fail to remove much of the incoming particulate matter, with typical removal rates of 35-40%; and filter performance is variable across vehicles, with the best among them achieving a removal rate of 90% and the worst at 10%.

And what’s the impact of a low particulate removal rate? Researchers at Kings College London found in 2014 that particulate concentrations in the cabins of taxis operating in central London to be over eight times higher than they were in the air above the sidewalks next to the roads in the testing area.

To remove the hazards posed by polluted air in vehicle cabins, an air purifier therefore needs to do three things, all of which Airlabs’ engineers specifically designed Airbubbl to do: remove particulates that the vehicle’s built-in air filters fail to remove, reduce concentrations of toxic gases that build up that the vehicle’s filter is incapable of removing, and remove these pollutants quickly to minimize occupants’ exposure time.

Independently conducted tests commissioned by Airlabs show that Airbubbl achieves these aims quite effectively. The unit’s HEPA filter removes almost all particulate matter of size PM 2.5 and greater, its proprietary technology-enhanced activated carbon filter removes 95% of NOx, ozone and other toxic gases, and thanks to Airbubbl’s 35 m3 per hour output rate, it is able to cycle the entire volume of a typical vehicle’s cabin in 3 to 5 minutes.

Now, on to the financials. Clean air is all well and good, but for this thing to make sense as a business investment, the value of the benefit it provides needs to be greater than what it costs. So, is that the case? Airlabs says yes. Naturally, this sort of thing is hard to estimate, but they do offer a back-of-the-envelope calculation to come up with a dollar estimate of net benefit fleets might expect to see: $355 per car per year.

Their estimate is based on a number of factors. First, they cite a London School of Economics study that a 30% reduction in NO2 pollution would result in a 5% reduction in accidents. They add into that research estimates of the cost of driver productivity lost to accidents, sick days caused by pollution, the cost of recruiting new drivers to replace those who leave because of workplace pollution.

Airlabs argues that the total cost of vehicle cabin pollution comes to $475 per vehicle per year. Against this cost is the cost of the Airbubbl, which Mr. Ottolini says averages $120 per year. He adds that this estimate doesn’t even include the cost of potential liability from lawsuits brought by fleet drivers for workplace damages suffered as a consequence of air pollution exposure. Ottolini notes that two such cases are currently making their way through the legal system in the UK and could set a precedent.

Fleets have to decide for themselves whether Ottolini’s argument makes financial sense. But for some, the financial analysis might ultimately be less important than the way the Airbubbl meshes with a broader business ethic that values the reduction of pollution as a valuable end in its own right. That perspective has influenced many fleet managers to purchase electrified vehicles on the basis of their low-emissions credentials rather than on a pure financial cost-benefit analysis. If this describes your approach, then it seems entirely compatible with a commitment to reducing a fleet’s pollution footprint to extend that commitment to the people inside the vehicle.