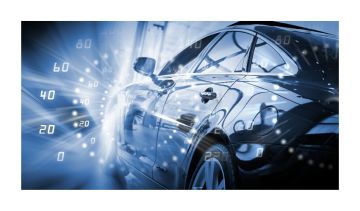 Key to the auto industry’s rush to perfect self-driving car technology is the promise that the arrival of these vehicles will usher in an era of accident-free motoring and make crashes a rarity, if not an eventual impossibility.

This initiative has hit a speed bump since news broke of a fatal crash involving a Tesla Model S driver in Florida who was using the company’s Autopilot system and two other accidents involving Teslas equipped with the semi-autonomous driving feature.

Nevertheless, researchers at Carnegie Mellon University say widespread adoption of some of the building-block technologies needed for fully autonomous vehicles, short of the artificial intelligence, steering controls and advanced sensors they also use, can meaningfully and affordably reduce collisions and road fatalities.

Used together, these technologies could potentially stop or lessen the severity of 1.3 million crashes per year, including 133,000 that would otherwise result in vehicle occupant injuries and 10,000 fatal crashes, according to the study.

“In all the excitement around perfecting fully driverless cars, there’s the potential to overlook these ‘infield utility player’ technologies,” said Costa Samaras, a professor at Carnegie Mellon’s Department of Civil and Environmental Engineering and one of the study’s authors, along with CMU professor Chris Hendrickson and graduate research assistant Corey Harper. “Blind-spot monitoring, lane departure and forward collision warning systems are already able to save lives and reduce collisions, and do so economically.”

The need for these features comes as regulators and auto manufacturers work to curb rising numbers of accidents caused by distracted drivers, including eight such fatalities and 1,161 injuries per day, according to the Centers for Disease Control and Prevention. The CMU study was based on 2012 accident data compiled by the National Highway Traffic Safety Administration, when a total of 31,006 people died in vehicle collisions.