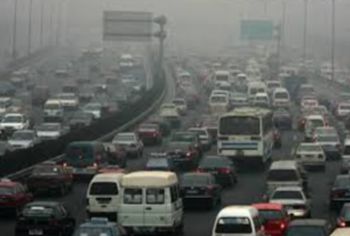 In just over 50 years, China has transformed itself  to a highly industrialized urbanized powerhouse. Along with that, it has afflicted itself with what is arguably the world’s worst urban congestion and pollution, not to mention the world’s leading greenhouse gas emitter.

But these problems may provide the incentive to aggressively tackle them. That, along with a rising spirit of entrepreneurialism in China  — and a more powerful command-and-control government than in the democratic  industrialized countries — could, in the view of some observers, propel China to leadership in developing autonomous cars.

Xavier Mosquet of the Boston Consulting Group told The New York Times that China could be the largest market for autonomous vehicles, and sees taxis as leading the trend. “It’s not that people are more willing to use the cars in Beijing or Shanghai, it’s that the economic value is much higher in China than in the U.S.,”  he told the Times, adding that air pollution could be as much a catalyst as bad traffic.

One of the leaders  in the movement is Baidu, sometimes called the Google of China.  Unlike Google, which the Times notes has had difficulty convincing regulators in its home state — California — that self-driving cars are ready for the road, Baidu already has the regulatory and infrastructure support of a number of local Chinese governments, which it will use to introduce small autonomous buses that will run set routes.

The inertia of well-established regulations and apportionment of liability in the U.S. and Europe could slow the rate of autonomous adoption compared to China. A recent paper by Bryant Walker Smith, Assistant Professor of Law at the University of South Carolina, as well as an affiliated scholar at Stanford, provides a “manual” for governments to promote automated driving.

Walker concludes: “Contrary to some assertions, automated vehicles are not yet demonstrably better than human drivers across a full range of driving conditions. Suggesting (without demonstrating) otherwise risks raising public expectations unrealistically high. At the same time, the considerable dangers of conventional driving  are not sufficiently appreciated by the public or addressed by policymakers. In short, the public should be concerned about automated driving but terrified about human driving.

“For this reason, governments should expect more from all motor vehicles and their drivers rather than uniquely burdening automated systems. Policymakers concerned about the potential malfunction of automated vehicles should expend at least as much energy on the actual misbehavior of conventional drivers. And policymakers eager to promote automated driving should address subtle subsidies for the ownership and operation of conventional vehicles that could disadvantage new products and services. In other words, governments should encourage automated driving by raising the bar for all forms of driving.”