Every day some 65,000 public buses travel the streets of our nation’s cities. Local transit authorities operating these fleets are coming under increased pressure to control operating costs and at the same time improve the environment by reducing or eliminating their buses’ emissions. One option many of them are considering is the use of electric buses because several bus manufactures produce them.

Kevin Fisher, Director of Truck Electrification Systems at Momentum Dynamics of Malvern, PA, believes his company has one of the best systems to help them reach these goals: high-power, automatic electric charging systems for battery-electric buses. He also emphasizes that the technology has much wider fleet applications and learning how it applies to transit bus fleets provides a basic understanding of how it can benefit other types of fleet operations.

Electric Buses Lead the Way
There are currently over 2,100 battery electric buses registered in North America, and Bloomberg NEF predicts that electric buses will represent 67% of the global market by 2040.

Electric buses are still a small part of the nation’s transit fleet. The most recent figures indicate that only 2,100 of those 65,000 buses mentioned are electric though that figure may have increased slightly as more cities are testing the concept. 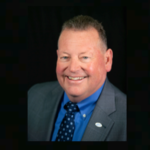 Fisher notes that when adopted in larger numbers, high-power charging systems for electric buses can help transit fleet managers achieve much of what they are seeking. With zero emissions, electric buses are a clean transportation source. They are quiet compared to diesel buses that can be heard throughout every building along their route.

Although more expensive than other buses when first purchased, they offer the potential for reduced operating expenses which normally comprise about 30 percent of a bus’s total operating costs when measured by operating costs per revenue hour which is the industry standard. A 2016 Columbia University study placed the lifetime cost of an electric bus at $1.18 million and the lifetime cost of a diesel bus at $1.35 million. 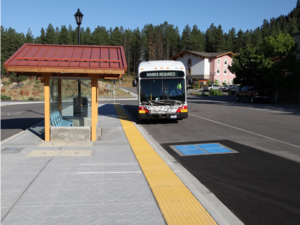 Numerous Cost Savings
Fisher points out that these cost savings are numerous. “No engines mean no petroleum-based fuel costs and no need to repair or replace engines and exhaust systems, so buses do not need to be taken out of operation for maintenance as is normally required. This results in a significant reduction in maintenance labor to do those tasks,” he explains.

Transit authorities who give serious consideration to electric buses find there are a myriad of options in terms of charging systems to keep their buses on the road. Fisher believes that the high-power, automatic wireless system developed by Momentum Dynamics provides them the best opportunity for efficient bus service and operating cost control.

OEM Integration
Because today’s bus application is a collaborative effort between Momentum, bus manufacturers and transit authorities, the company is integrated with BYD, Gillig and Greenpower Motors. The vehicle components include a receiver pad and an electronics module installed underneath the bus by the manufacturer. This feature set is specified by the transit authority when purchasing buses.

Momentum Dynamics is also working with BYD, Mack and Volvo Trucks in North America and Europe, Jaguar Land Rover in Europe and several other passenger car manufacturers to be named publicly shortly.

The second part of the system features charging pads which can be embedded in the pavement of a street or parking lot in multiple locations, each connected to a power electronics cabinet. High-frequency AC power is generated by the electronic cabinets and transmitted wirelessly at high speeds through the charging pad to the bus while it is parked over the pad.

The ground pads are virtually weather-proof so they can function in any climate. They are durable enough to stand up to rain, ice, snow, mud and gravel and aren’t damaged during snow removal, street cleaning, and drive-overs by vehicles.

The receiver pads under the bus are currently offered as a factory-installed option by BYD, Gillig, and GreenPower Motors. When it comes to installing the ground pads and electronics cabinets, Momentum can work directly with local sources involved with the project including design and engineering firms, installers, utilities, charge point operators, municipalities, energy management, fleet management software companies, and fleet management companies, to help put the system in place.

Opportunity Charging
Fisher emphasizes that the most important advantage his firm’s system offers to transit authorities or fleet operators compared to other charging systems is the ability to achieve long-range vehicle operations through what he terms opportunity charging: 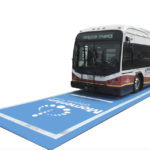 “For transit operations, we can install high speed charging pads at bus stops along a bus route. When a bus stops to load or unload passengers, the on-board receiver accepts a charge from the ground pad which keeps the bus in continuous operation. This enables the battery to maintain between 30 and 85 percent state-of-charge so the bus continues to operate. Additionally, this approach helps the battery to last longer than if it is drained and has to be totally recharged.”

He notes that this also allows the transit authority to specify smaller, less expensive batteries for their buses and eliminates the need to purchase extra buses, so routes are being covered even while some buses are being charged.

While Momentum’s initial foray into wireless vehicle charging has been focused on the transit market, Fisher notes that the same technology is applicable to many other types of fleets including those that do not follow regular routes or perhaps do not venture out into the streets at all.

Pilots Are Underway
The company has been involved in pilot projects in North America and Europe involving a variety of vehicles including last mile delivery vehicles, yard trucks, box trucks, shuttle vans, heavy duty trucks and autonomous cars and trucks. The company is currently running a taxi demonstration program in Oslo, Norway partnered with JLR. 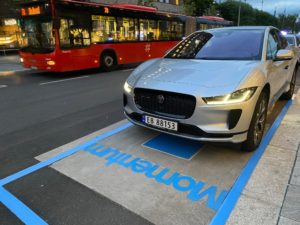 In each case the driving force behind the initiative is the potential for opportunity charging so a fleet owner can operate fewer electric vehicles by not having to them out of service to be recharged. The accompanying reduction in maintenance cost compared to diesel or gasoline engines and lower labor costs because they are charged automatically are equally important incentives.

The ground pads can be located wherever the vehicles normally pause in their operation such as near loading docks, depots, or other locations where vehicles wait in a queue or park. Depending on the traffic flow around or in and out of a distribution or construction yard, a fleet operator may only need to install one or two ground pads.

Fisher acknowledges that for fleet operations to move forward with electric vehicles and high-power charging, there needs to be a focus among truck, bus and auto manufacturers to produce them. To move this process along, Momentum is now talking with several manufacturers about the best way to proceed.

Nov 21, 2021Janice
An Attitude of GratitudeBooster Builds out Executive Team