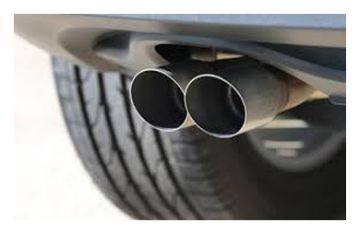 The EPA said this week in its automotive trends report that the fuel efficiency of the U.S. vehicle fleet had declined in 2019, dropping by 0.2 mpg to 24.9 mpg.

That in itself is not unprecedented. While the EPA has pointed out that since 2004, fuel economy along with CO2 emissions had improved for the past 12 out of 15 years, that means we’ve also seen declines at times, with the last taking place in 2014. Important to note, the average fuel efficiency of the U.S. vehicle fleet 15 years ago was measurably lower, at 19.3 mpg.

But something else rose in 2019. The average estimated real-world CO2 emissions rate for new vehicles rose by less than 1%, after seeing a record low in 2018. The emission rate increased by 3 grams per mile traveled in 2019, reaching a total of 356 grams for that year.

Jan 7, 2021connieshedron
So, How Was Your 2020?No car? San Francisco, Portland, Washington D.C., Boston, New York Among Best Cities to Live in Without a Vehicle