Toyota, Nissan and Honda Team up to Create “Hydrogen Society” 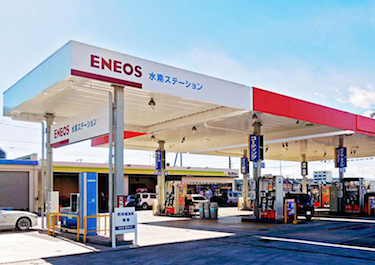 In an unusual move, Japan’s three largest automakers have agreed to work tougher to help create what they’re calling a “hydrogen society.”

Toyota Motor Corp. has just launched its new Mirai fuel-cell vehicle, with Honda Motor Co. and Nissan Motor Co. working up similar products. While proponents point out that these vehicles produce no harmful emissions, skeptics note that there are few places for potential buyers to fill their tanks with the lightweight fuel, so the three companies are promising to invest as much as 6 billion yen, or $50 million, to build and support a network of hydrogen filling stations in Japan.

They have also been supporting plans to create a similar infrastructure in the United States where the only ready supply of hydrogen currently is located in Southern California.
Korean carmaker Hyundai has cited the lack of fueling stations as a key roadblock that has limited sales of the Tucson Fuel-Cell Vehicle it launched in the U.S. last year.

Automakers around the world have been tinkering with a variety of alternative fuel technologies. And due to the cost and complexity, there already are a number of unusual alliances. Toyota, for example, is involved in a fuel-cell research venture with Ford Motor Co.

Cooperation is equally important in ensuring there is a supply of hydrogen as fuel-cell vehicles begin rolling into showrooms, so while they might compete on developing the best products, automakers need to cooperate on developing an infrastructure, Nissan executive Hitoshi Kawaguchi said during a joint Tokyo news conference.

READ MORE at The Detroit Bureau