The Car is Becoming a Sentry, a Chaperone and a Snitch 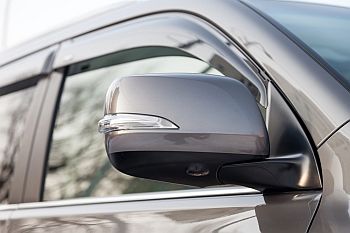 My parked Tesla Model 3 got gashed in a hit-and-run two weeks ago and I found a star witness: the car itself.

A year ago, Tesla updated its software to also turn its cameras into a 360-degree video recorder. Even when the car is off. All those digital eyes captured my culprit – a swerving city bus – in remarkable detail. The benefits of Tesla’s Sentry Mode are clear. The video clips from my car made a pretty compelling case for the city to pay for my repairs without even getting my insurance involved.

Once governments, companies and parents get their hands on car video, it could become evidence, an insurance liability and even a form of control. It could be the end of the idea that cars are private spaces to peace out and get away – an American symbol of independence.

Mar 1, 2020connieshedron
NTSB Chairman Has Scathing Words for Tesla's Autopilot System and Those Who Misuse ItThe 15 Most Fuel-Efficient SUVs Are Electrified, But They’re Not All Electric