The Auto Rule Rollback That Nobody Wants, Except Trump 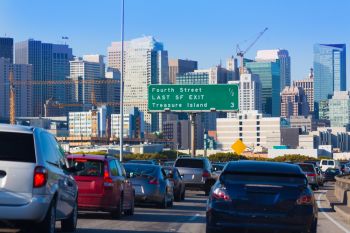 The president is trying to sabotage an enormous climate achievement that much of the car industry supports.

California has stricter vehicle pollution standards than the federal ones, which other states may opt into. Ford, Honda, BMW and Volkswagen voluntarily agreed to comply with California’s rules. Trump’s administration is going to extraordinary lengths to roll back gas and fuel efficiency standards, suggesting that it may amount to an illegal conspiracy.

It’s a senseless exercise of apparent presidential pique. Worse, it threatens to undo what would be the country’s most important climate achievement, the doubling of vehicle fuel efficiency to about 55 miles per gallon by 2025.

Read the opinion piece at The New York Times.

Sep 8, 2019connieshedron
Trump Zeros In On California's Deal With AutomakersSafer Vehicles are More Strategic Than Ever