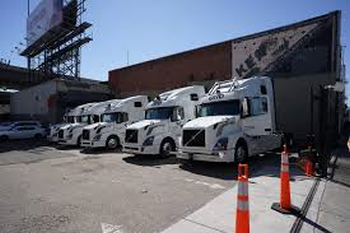 Tesla CEO Elon Musk revealed recently the company planned to unveil a semi-truck in September, adding it would be capable of handling long-haul loads.

The new truck, which Musk has implied in the past would be on par with current trucks or better. However, a new Reuters report reveals that the new truck will be capable of 200 to 300 miles on a charge. Most long-haul trucks can go 1,000 miles before refueling.

“As long as (Musk) can break 200 miles he can claim his truck is ’long haul’ and he will be technically right,” Sandeep Kar, chief strategy officer of Toronto-based Fleet Complete, which tracks and analyzes truck movement, told Reuters.

However, it may not be necessary for Tesla’s truck to be capable of that kind of distance initially. Kar notes that as much as 30% of trucking is regional with distances of 100 to 200 miles, moving freight from ports to nearby cities or to other transportation hubs.