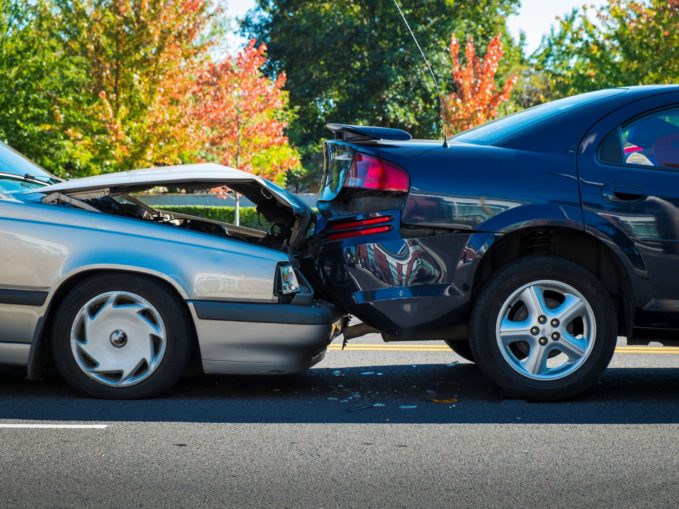 Famously, Americans like to look forward not backward, to liberally paraphrase philosopher George Santayana. So it is no surprise that the Highway Loss Data Institute (HDLI) has just released a report finding that rear automatic emergency braking (AEB) provides the biggest reduction in collision costs. They found that vehicles equipped with rear AEB had 10 percent fewer collision claims compared to 3 percent reduction in collision claims for front AEB.

There’s an even bigger reduction for property damage claims for rear AEB:  28 percent vs 14 percent for front AEB.

Rear-to-front collision claims of less than $2,000  — more likely to be fender benders than many front-to-rear collisions — accounted for 17 percent of all collision claims and $8 billion in estimated damage between  2010 and 2017.

Perhaps most interestingly, “We haven’t seen that kind of reduction in claims for vehicle and other property damage from any other advanced driver assistance system,” said HLDI Senior Vice President Matt Moore.

To be sure, costs are lower because speeds are much lower in parking lots than on highways, but property damage and medical costs are also much lower,

This report estimates the total costs of collisions to the U.S. is over a trillion dollars a year and rising. AEB of either sort reduces the total cost eventually. But with a mixed fleet of AEB equipped vehicles, ADAS technology may increase the cost of collisions, even as it saves lives by reducing front-to-rear collisions: an estimated 50 percent in equipped vehicles in collisions reported by police, according to an HDLI affiliate, the Insurance Institute for Highway Safety

One interesting article on the HDLI study was done by Carscoops, a leading car-enthusiast website.  We found the comments on this story by Carscoops readers specially engaging. Some found rear AEB to be yet another example of technology further diminishing the role of human beings in driving. None wrote that the steering wheel would have to be pried from their cold dead hands, but the desire of many drivers to control a vehicle rather than be merely a passive occupant — even though autonomous vehicles may be more effective at preventing accidents — was clearly voiced by several respondents.

Agency, the power to control an outcome, was identified early in on in some of the discussions on autonomous driving. Whether drivers submit to agency wielded by a machine rather than themselves is an issue and one that fleet managers should be aware of, even as nearly all the ADAS features reduce cost and improve safety and reduce liability,  FMW plans to cover these issues in our continuing coverage of ADAS.