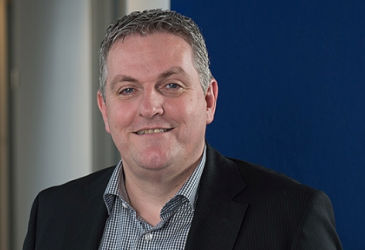 Global automotive finance, leasing and fleet software provider, Sofico, has announced that its sales revenue has grown by 125% in the last five years while the number of people it employs has increased by more than 80% over the same period.

At the same time, the Belgium-based business has revealed that it has had its Investors in People certification renewed, confirming the success of the restructuring process it has been going through over the last two years.

Sofico’s recently renewed Investors in People certification was first granted 2010, and last year’s renewal followed a root and branch restructuring of the business – a process which began in 2013.

Under the restructuring, the company was set up as eight, customer-centric, autonomous regional units, backed by a series of process-specific support units. Each regional unit consists of a self-managing, multi-disciplinary team responsible for a number of Sofico’s customers.

Sofico HR manager, Corinne Martens, said that the renewal of the Investors in People (IiP) certification was a validation of the approach taken with the restructuring. “The IiP process showed clearly that people felt they had a clear career path, they knew their roles in the new organization and they were happy with the restructuring process.

“Although we have had our certificate successfully renewed, our work is still ongoing. This year we are putting in place training programs for all staff to help them develop further and achieve their objectives within the organization,” she said.

Gémar Hompes, Sofico Managing Director, said that 2015 had been the company’s most successful year to date. “We had a hugely successful year in 2015 with record levels of turnover and employees, and saw our revenue increase by 30% in the last 12 months alone. Based on the current number of ongoing implementation projects, we are set for another successful year.”

Feb 27, 2016Janice
The Future's So Bright, Car Drivers Will Need 'Smart' SunglassesHere’s How Electric Cars Will Cause the Next Oil Crisis