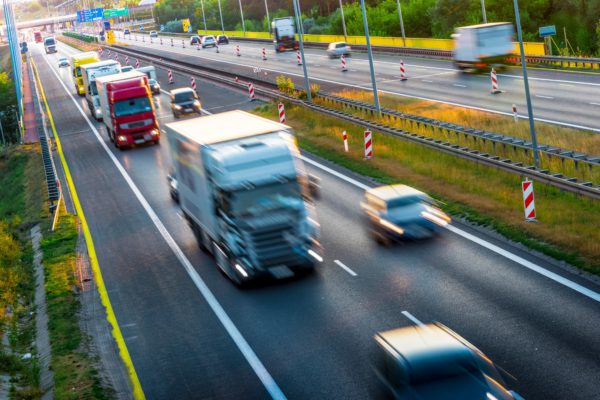 America’s record-breaking shortage of 80,000 truck drivers isn’t showing any signs of slowing down. Myriad contributing factors, including the demographic (primarily age and gender) of the current workforce, the sometimes-inflexible trucking lifestyle, and pay concerns have taken a front seat to the discussion.

The Biden administration signed a Trucking Action Plan in December, designed to bring more drivers into the workforce— including initiatives such as expediting commercial driver’s licenses (CDLs), accelerating the expansion of Registered Apprenticeships, and conducting veterans-focused outreach and recruitment.

Infrastructure hasn’t necessarily been at the heart of the driver shortage conversation. However, for an issue that has been around for years and has no immediate end in sight, longer-term solutions must be considered in tandem with the more immediate fixes outlined in the Trucking Action Plan. Addressing trucking’s decades-old infrastructure issue is among those long-term necessities.

The Real Cost of Outdated Infrastructure

In 2020, truck parking was a top three issue on ATRI’s list of industry problems, behind the driver shortage and driver pay. In a joint research initiative between ATRI and the OOIDA Foundation, 44% of respondents said truck parking was “somewhat harder” or “much harder” to find during the pandemic. That’s because for the roughly 3.5 million truck drivers in the U.S., there are only about 313,000 parking spaces. 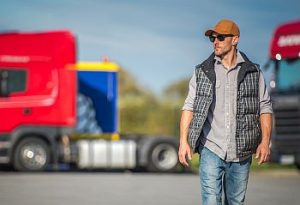 A lack of truck stops and parking contributes to congested roads, causes lower delivery times, and therefore exacerbates supply chain issues. The high incidence of freight bottlenecks, with 87% of total truck congestion costs nationwide being caused by only 17% of National Highway System miles, can be mapped out to indicate a direct correlation between parking shortages and stopped traffic.

Pushing for infrastructure dollars has proven difficult as the federal government and state governments are often on different pages entirely when it comes to regulations, infrastructural compliance, and where that money should be spent. As these issues persist, that time is money – congestion on freight intermodal connectors causes 1,059,238 hours of truck delay annually and 12,181,234 hours of automobile delay, adding nearly $71 million to freight transportation costs each year. Considering just nine percent of connectors are in good or very good condition, 19% are in mediocre condition, and 37% are in poor condition, there is significant room for infrastructural improvements with resounding, profitable effects.

The Bridge Between Infrastructure and Recruiting

The economic model that drives the supply chain industry is structured so that, if the US fixes supply chain infrastructure, it will also automatically address the labor shortage. That’s because the supply chain issues we are facing are a result of the lack of freight transportation capacity, not a result of the lack of drivers. Simply adding new drivers to fleets will not help products get from point A to point B faster – in fact, it has the opposite effect, funneling more trucks into bottlenecked hotspots on heavily trafficked highways which already cannot support the movement of freight now.

The trucking industry generates revenue by hauling goods based on a combination of distance, time, and weight. Fleets, in turn, pay their drivers according to a similar arrangement. This could be on a per-mile, per-trip, per-hour, or tonnage basis. Those numbers only matter when the vehicle is in motion – if a truck is slowed down by infrastructural congestion or shipping lines, trucking companies and drivers themselves are making less money.

If drivers are consistently making less money, they are far more liable to look for employment elsewhere. That’s not to mention the basic frustration of dealing with traffic amid scheduling. Time spent in traffic is time drivers can no longer spend to themselves or with family. But were the U.S. Department of Transportation to be authorized to use funding from the federal infrastructure bill to construct designated parking areas for truckers, address freight bottlenecks, and improve safety and working conditions, it would subsequently put a pin in this cycle of turnover for a longer-term solution to the driver shortage.

Safety and Support for the Drivers We Do Have 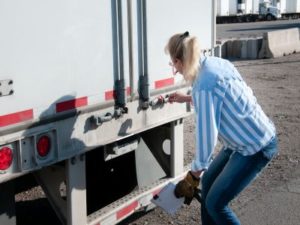 Outdated infrastructure also leads to the reduced safety of everyone on the road. Drivers must adhere to strict hours-of-service regulations that maintain they are rested and safe to drive. But lack of available parking, for example, puts drivers in risky positions. When unable to find a space to legally park their trucks, drivers have one of three options: park in an illegal or unsafe location, operate their vehicle illegally until they are able to find safe parking, or stop driving prematurely.

Safety in parking is also an issue of recruitment equity – infrastructural shortcomings like the lack of parking, gender-specific restrooms and showers, and full-service truck stops mean that female drivers will typically wait until late hours of the night for their male colleagues to leave before using amenities alone. While they wait, they are often left to walk around in unfamiliar areas in the nighttime – a safety concern inhibiting recruitment which could be addressed if updated infrastructure provided a separate, private space for women.

Furthermore, in the era of the Great Resignation, people switching careers are looking for state-of-the-art attributes in their industries as well as indications that they will be supported in their day-to-day lives. With more efficient infrastructure, streamlined operations will allow for greater time and resources to devote to apprenticeship programs and in-fleet recruiting support. Additionally, the mitigation of infrastructural concerns will allow drivers to maximize use of in-cab technologies and streamline their personal productivity, which is far more appealing to potential recruits than the promise of frequent dead-stop traffic.

The trucking industry is looking at 1.2 billion hours of lost productivity annually – the equivalent of 425,000 drivers sitting idle for an entire year. Given the current state of infrastructure, many existing drivers are, in actuality, sitting idle for far too long. The industry is waiting to see if legislation like the Truck Parking Safety Act – introduced last year in the House of Representatives with the suggestion of $755 million for truck parking capacity – will see the light of day. Without the passage of such legislation, there will be inaction or at least a much longer wait for action. In the meantime, the supply chain hangs in the balance.

Supply chain delays, the driver shortage, and issues with driver retention will not get better overnight. The long-term solution for America’s driver shortage requires a delicate balance of improving trucking infrastructure and bringing a new generation of diverse drivers into the force. Investing in and planning for the long-term health and longevity of infrastructure is the viable starting point that the trucking industry has been looking for. 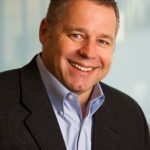 Fred Fakkema is the Vice President of Safety & Compliance at Zonar. He joined Zonar after 25 years with the Washington State Patrol (WSP). During his time with the WSP, he commanded the WSP Academy, Government and Relations Division, as well as the Commercial Vehicle Division. Fred is the Past President for the FBI National Academy Associates—Washington Chapter. In 2021, Fred was named a Gold Globee® winner in the Executive of the Year, automotive, transportation, storage and logistics category of the 6th Annual 2021 American Best in Business Awards. He is also the Chair of the 2022 ATA Law Enforcement Advisory Board.