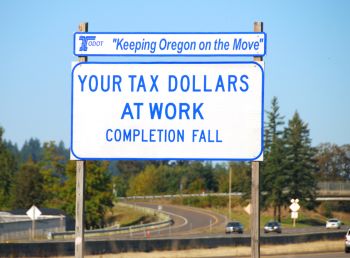 NAFA’s Washington, D.C. lobbyist predicts that a nationwide pilot program to replace the long-standing excise taxes on gasoline and diesel fuel with a vehicle miles traveled user fee, or VMT, will be authorized by the U.S. Congress this year.

“Reauthorizing the Federal Highway Aid Program is now at the top of the agenda,” Pat O’Connor, president of Kent & O’Connor, Inc., said in an interview with Fleet Management Weekly last week. “There’s a gap in funding for the Highway Trust Fund, and the major buzz is about a vehicle miles travel fee as the long-term solution.”

The Federal Highway Trust Fund was created by an act of Congress in 1956 to construct the Interstate Highway system. Subsequent legislation over the years has expanded its agenda to provide aid to states and regional transportation agencies for the construction and repair of roadways and bridges and to support of mass transit systems, driver safety programs and transportation research. The program, last authorized by the 2015 U.S. Fixing America’s Surface Transportation Act (FAST Act), is scheduled to expire on September 20, 2020.

The fund raises revenue through the collection of excise taxes on gas and diesel fuel, which currently stand at 18.4 cents and 24.4 cents per gallon, respectively. Those rates have been unchanged for the last 36 years, even as construction and repair costs have increased and autos have become significantly more fuel-efficient. As a result, fund spending has been outpacing revenues for years, and the gap is expected to grow as the nation shifts to electrified vehicles, which use little or no fossil fuel and so avoid much or all of the excise tax.

A VMT – also referred around the world as a road user charge, or RUC – would eliminate the gap by levying a tax on every car or truck based on the miles they travel instead of the fuel they consume.

In the short term, Congress is likely to raise fuel excises taxes temporarily when it reauthorizes the Federal Highway Aid program, O’Connor said. “But that’s not seen as a long-term solution, so Congress wants to test a VMT at the same time as it raises the fuel taxes,” he said. Congress will be under pressure to reauthorize the program before the end of the year so states can continue to plan, and to avoid legislative action during the 2020 presidential campaign, O’Connor explained.

O’Connor said the pilot program would seek volunteers in all 50 states and include every class of vehicle. Participants would collect mileage data and relay it to a federal collection point. Details on the collection are being worked out. Because of that, fleets would bear an additional administrative expense to comply, O’Connor noted. He added, however, that it’s possible that fleets would be reimbursed for some or all of those additional expenses.

O’Connor said NAFA has not taken a position on the idea of replacing fuel excises taxes with a VMT, but does support conducting a pilot program. “Fleets that want to be on the cutting edge will want to participate,” O’Connor said. “Senior management will likely be asking fleet managers for their advice on whether to support a VMT as a long-term solution, and direct participation in the pilot would give them a better vantage point to do that.”

O’Connor said he expects the pilot program to offer fleets the flexibility to decide how many and which of their vehicles would participate. He said vehicles that already collect mileage data through telematics systems would be the most likely candidates.

A number of states have conducted or are still conducting VMT pilots for their own state fuel excise taxes, which are levied in addition to the federal taxes. The states are California, Delaware, Iowa, Maryland, Minnesota, New York, Oregon, Pennsylvania and Washington.

In Oregon, officials deemed the voluntary 5,000-vehicle pilot program such a success it has made the program permanent, calling it OreGo. There, participants pay 1.7 cents per mile and receive credits on their bill for the fuel taxes they pay at the pump.