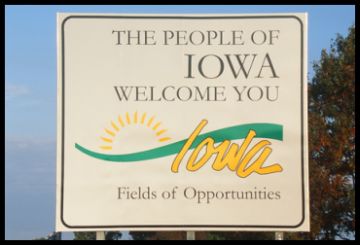 The smartphone has become a central component of daily life. It’s where we go to make calls, send texts, keep up with endless Facebook feeds, and store frequent-shopper cards.

In Iowa, it will soon be where motorists keep their driver’s licenses, too. According to the Des Moines Register, the Iowa Department of Transportation is building an app that motorists will be able to use in lieu of a conventional driver’s license. The app is slated to launch next year, and it will be free to all users.

Not only that, but the DOT’s Paul Trombino says that people will be able to use the app for identification purposes in other places, too, like in security lines at airports. For those worried about hackers and other unauthorized users, he says that the app will be extremely secure.

If all goes as planned, Iowa will be the first state in America to allow the use of digital driver’s licenses. However, Trombino says that Iowa will also continue to issue printed licenses for the foreseeable future.

To many, Iowa’s move is a welcome one, even though it doesn’t seem especially bold. After all, lots of us already use apps for proof of auto insurance, so a digital driver’s license seems like an obvious next step for the technology.

Sadly, Iowa’s app won’t completely eliminate the need for wallets, meaning that the state’s chiropractors have several more years to enjoy treating drivers who spend hours sitting on the bulky things. That said, technological advances like this — combined with efforts from Apple, Google, and others to get rid of credit and debit cards — go a long way toward lightening our loads.

Original story in The Car Connection.