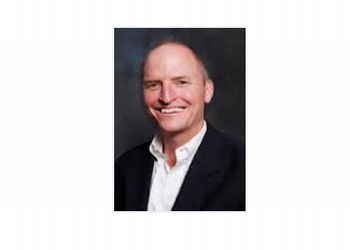 CAL START, North America’s leading advanced transportation technologies consortium – presented winners with its prestigious Blue Sky Award™ 2014. The awards recognize outstanding marketplace contributions to the clean transportation industry by companies, organizations and individuals. Members of CALSTART’s Board of Directors presented the awards. The 2014 winners were selected as the top policymakers, firms and individuals from among several dozen nominated internationally for their leadership and real actions in advanced transportation.

Senator Fran Pavley, California State Senate District 27
Senator Fran Pavley is honored for her ongoing leadership on California climate, clean air, and clean transportation policy issues. In particular, this award recognizes Senator Pavley for her work in incentive programs to support the transition to a cleaner transportation sector. Senator Pavley is the first ever two-time recipient of the Blue Sky Award.

California State Senator Ricardo Lara, California State Senate District 27
Senator Ricardo Lara is honored for his leadership on defense and implementation of California’s landmark climate and clean air policies. His leadership in 2014 on Senate Bill 1204 creates the California Clean Truck, Bus, and Off-Road Vehicle and Equipment Technology Program, which will leverage AB 32 cap and trade revenues to clean up heavy duty vehicles in California. These investments are needed to accelerate innovation and reduce pollution particularly in disadvantaged communities such as freight corridors and ports.

California Assemblyman Henry T. Perea California Assemblyman
Henry T. Perea is honored for his leadership with Senator Fran Pavley on the passage of Assembly Bill 8 to extend important clean transportation incentive programs through 2023. These programs provide incentives to develop and deploy the next generation of clean vehicles and fuels in California, and to expedite fleet turnover and retiring the highest-polluting vehicles and equipment – a critical strategy to meet health-based clean air standards. The emission reduction and job creation benefits of AB 8 investments will be felt around the state.

General Motors
General Motors is honored for its clean transportation leadership for being the first automobile manufacturer to offer a full suite of plug-in vehicles to the market. GM’s commitment to clean vehicle technology has moved these vehicles from concept to reality. As a leading-edge clean vehicle technology developer and vehicle maker, GM continues to push the limits of the marketplace uses of clean fuel vehicles from the introduction of the EV1 to ELR, Spark EV, the Volt and myriad other alternative fuel vehicles. Without this dedication, the clean vehicle industry would have never expanded to where it is now, nor have the tremendous promise for future success.

Frito-Lay
Frito-Lay has an award-winning, large-scale commitment to alternative fuels, which has been demonstrated through investments in their own Compressed Natural Gas (CNG) and Electric Vehicle fleet, as well as with partners. Frito-Lay continues to grow its CNG fleet, bringing the total number of its CNG tractors to 333 by the end of 2014. Once deployed, the CNG tractors will make up 30 percent of Frito-Lay’s fleet and will be located at 50 percent of production locations. In addition, Frito-Lay has the largest commercial fleet of all-electric trucks in the country. These efforts contribute to reducing the use of key major resources and the company’s environmental footprint, aiming at a 50 percent reduction in traditional fuels (gas and diesel) by 2020.

Caterpillar Inc
Caterpillar Inc is honored for the development and successful commercialization of its Off-Road Large Size Hydraulic Hybrid Excavator. Since it was awarded California Energy Commission funding in early 2012, this machine has succeeded beyond all expectations. It is now in full production and is being sold in California and worldwide.  The environmental benefits of the Hydraulic Hybrid excavator equal the economic benefits. By capturing and re-using energy that would normally be lost during earthmoving operations, the 336E H reduces fuel consumption, which directly equates to lower CO2 emissions—approximately 66 tons per machine annually, and up to 45 percent cleaner than standard machines. The hydraulic hybrid technology and many of the components developed are directly transferable to other sizes and types of off-road equipment. Caterpillar has produced a sophisticated machine that not only provides significant environmental benefits but also increases productivity and allows operators to recoup their investments in as little as one year. This economic benefit is shared by operators, construction-project funders, and the general public.

About CALSTART
CALSTART and its 150+ member companies are dedicated to expanding and supporting a clean transportation industry that cleans the air, creates jobs and economic opportunities, reduces greenhouse gas emissions and secures our transportation energy future.

Dec 15, 2014Janice
Get Your 'Do-Fors' Right to Help Connect, Engage and Deliver Extraordinary Customer Experiences!Iowa May be the First State to Offer Digital Driver's Licenses on Smartphones