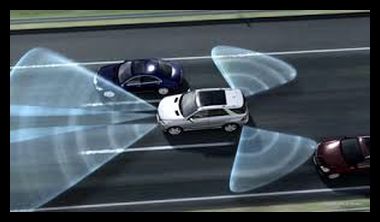 Driver assistance technology, which is found on more and more new vehicles, can help prevent accidents, but drivers should be aware that the new safety features have limitations, according to a new study by AAA.

The testing revealed that blind-spot monitoring systems had difficulty detecting fast-moving vehicles – such as when merging onto a busy highway. Alerts were often provided too late for evasive action, AAA said.

Motorcycles, which are becoming a more popular form of transportation in some parts of the country such as Southern California, were detected by blind-spot monitoring systems 26% later than passenger vehicles, making them significantly less effective in spotting two-wheeled vehicles in heavy traffic.

“Some blind-spot monitoring systems we tested had a short detection range, which meant that a vehicle was already in the blind spot before the alert came on,” says Megan McKernan, manager of Automotive Engineering at the Automobile Club of Southern California.

“The lane-departure warning system on several vehicles experienced false-positive and miss-detections, which resulted in an inconsistent driver warning. This can be annoying and could result in the driver disabling the system due to the litany of alerts and warnings could be confusing. Auditory, visual or haptic responses – or a combination – could be similar to other advanced driver assistance features that delivered the same warnings.”

John Nielsen, AAA’s managing director of Automotive Engineering, said that overall AAA’s tests found that blind spot detection and lane departure warning systems are “a great asset to drivers, but there is a learning curve.”

In fact, surveys indicate that drivers prefer the safety technology ahead of the infotainment system such as Sync, in which Ford has invested millions of dollars. A recent Harris Poll found 56% of the vehicle owners in the U.S. say they would be willing to switch brands of the get the safety tech features they want.

The poll also found that most prefer safety tech over infotainment with 61% considering a model with autonomous safety features.

Carmakers are moving to satisfy the customer demands. Lexus and General Motors have recently announced plans for more sophisticated driver assistance packages. Vehicles such as the Volkswagen Touareg, Nissan Murano, Lincoln MKC and Chevrolet Tahoe can all be ordered with new driver assistance features.

Original story in The Detroit Bureau.