RTA has made a name for itself as a fleet management software company that goes above and beyond to help fleet managers stay on top of their fleets. With RTA’s innovative software solutions, fleet managers can track their asset life cycles, PM schedules, and other vital fleet performance metrics to rein in operational costs. 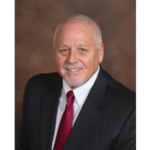 Software Solutions to Help Manage Fleet Operations
RTA is a product company that develops software solutions that help its customers manage the overall operations of their fleets. Their fleet management information systems include a suite of features such as accident modules, asset management modules, and maintenance modules that provide an overview of various fleet metrics. In addition to the new features that RTA is looking to develop, the company also resells GPS software and merges that with their existing products.

In the beginning, however, RTA started out as a fleet consulting company. Ron Turley founded the company 42 years ago, calling it Ron Turley and Associates (RTA). After working for UPS for several years doing innovations and process improvements, Turley decided to start his own consulting company. He quickly realized that his customers lacked a sufficient way to track data and progress, which led him and his fellow consultants to create the fleet management information system. This quickly became the more prominent feature of the company, eventually replacing the majority of their consulting.

Providing the Tools for Data Analytics 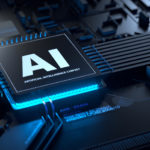 “We are a fleet management information system, but we’re changing to be more than a fleet information systems company now,” says Saltzgiver. “We are jumping to that next level to produce products and things that will help the fleet managers actually manage their system without having to have training. They’ll be able to have machine language and AI data in front of them that, when they open up their computer, it actually tells them what they need to do for that day.”

According to Saltzgiver, while many new fleet managers have degrees, they lack knowledge about the perfunctory maintenance of a vehicle. RTA helps bridge that gap by providing them with the proper tools and mechanisms to maintain the vehicle without having to sort through mounds of data.

From Fleet Fixer to Fleet Success Ambassador
While Saltzgiver is currently a fleet industry veteran known for his achievements in the industry, he began his career as a diesel mechanic. He first worked at a truck building factory when he was 19 before becoming a machinist for the fleet industry. He worked his way up at Utah Transit Authority from mechanic to supervisor to manager, eventually leaving after 15 years to work for the city as a fleet manager. His management career took off from there, as he made a name for himself in the industry as a “Fixer of Fleets”.

“I would go for three to five years, going in and fixing a fleet, and then I’d leave and get recruited over here and keep fixing these fleets,” says Saltzgiver. “But the reason that worked for me is I knew it took three to five years after I’d done it for a while, and I knew how to do it with a team.” 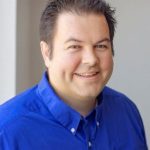 After high profile jobs working for Mercury Associates, the state of Georgia, Coca-Cola, and Republic, he was recruited to RTA by Josh Turley, grandson of Ron Turley and current CEO of RTA. In his role at RTA, he’s played a critical role in the development of their Fleet Success Program. Starting with the purpose of helping fleets succeed, they interviewed fleet managers to figure out their pain points, problems, and definition of success.

The Four Pillars of Fleet Success
“That’s where we came up with these four pillars: stakeholder satisfaction, intentional culture, resource efficiency, and risk management,” says Saltzgiver. “Then we created a Fleet Success Scorecard as part of our Fleet Information System, which measures each one of those pillars.”

“We had good perfunctory training, we had good mechanic training, but we didn’t really have a lot of good leadership training,” says Saltzgiver. 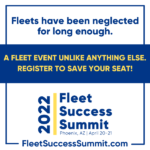 The 2022 Fleet Success Summit was a major hit, a two-day summit that brought together 12 industry leaders and business experts including Paul Lauria, Mike Pitcher, Ed Smith, and Saltzgiver himself. Since then, RTA has published their book The Fleet Success Playbook to further educate fleet managers on the importance of the four pillars of Fleet Success.

“That kind of leadership training is something that I’ve never gotten in fleet management in all my career,” says Saltzgiver. “We’ve mixed the old with the new.”

Sep 5, 2022Dave Bean
How Fleets Can Combat the Distracted Driving EpidemicForward Together with Supply Chain at AFLA 2022 Conference