First Half of 2022 Presents More Challenges, Second Half Still Murky 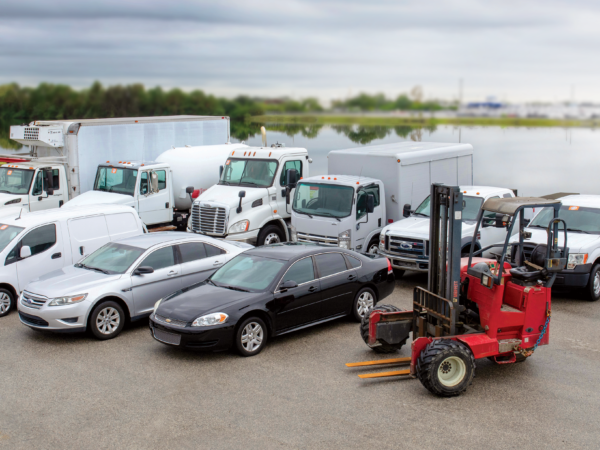 At the beginning of 2022, I wrote a piece for Fleet Management Weekly previewing the year ahead and doing my best to project out some of the key events and trends the fleet world – and more specifically the wholesale used truck market – could expect. At the time, I was fairly convinced that 2022 would be similar to 2021, with much of the industry facing the same challenges it had the previous year:

Two months later, I echoed many of the same sentiments in our first White Metal Market Report of 2022, a quarterly publication we’ve been producing for years as a way of keeping our clients – and the industry – up to date on wholesale vehicle market. I even went so far as to suggest that the fleet industry had entered a virtual “Ground Hog Day” scenario, harkening back to the 1990’s Bill Murray movie focused on a cynical weatherman forced to live the same day over and over again until he learns to take stock of his situation and use it to his advantage.

Halfway through 2022, little has happened to change my mind. Like Murray’s character, fleets and fleet service providers have been forced out of the pre-pandemic comfort zone the industry enjoyed for nearly a decade. Today, just about everyone across our industry has learned to “live” with what seems like a litany of never-ending challenges. Sound familiar? But a funny thing happened on the long road to recovery. Fleet not only learned to survive the constant stream of never-ending challenges, but it also found ways to thrive despite them. And while many persistent issues continue, the industry has found its way back to what can only be described as an uneasy “next normal.” It’s a phenomenon we noted in our most recent white paper: “Four Indications Fleet Has Found Its New Normal.” And while the industry appears to be a ways from returning to the carefree days before the pandemic, it appears the worst may very well be behind us. While that’s hardly a promise that things can’t take a step back, several indicators lead us to believe that won’t be the case.

Looking back on the first half of the year – here are the topics that kept fleet on its toes – and some predictions for the second half of 2022:

As we predicted in a communication we call FLD “Frankly Speaking” in early April, wholesale vehicle prices likely reached a multi-year top at the end of Q1 or early in Q2. Since then, we’ve seen a marked pullback in virtually every segment of the space, and while industry experts like Manheim’s MMR have predicted a 15-20% pullback in prices by the end of week 45, we’ve likely reached that level already. 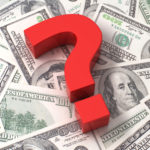 Prospects for the rest of the year. In all likelihood, used wholesale prices will stay flat to slightly higher through the rest of 2022, and that they’ve already fallen as far as they will. As it stands, prices aren’t worse than we thought they’d be, they simply fell faster than anyone expected. That trajectory likely won’t continue, but we’ll be keeping an eye on price action, and will weigh in again if we feel this is not the case.

While virtually every corner of the fleet space was rocked by the pandemic, we have noticed that the country – including the fleet space – is starting to learn to deal with pandemic fallout. This includes finding inventive ways to do more with less because of rampant shortages in everything from labor to vehicles, as well as learning to deal with supply chain holdups. This is a phenomenon we flesh out in greater detail in the newest of our ongoing white paper series: “Four Indications Fleet Has Found Its New Normal.”

Prospects for the rest of the year:  While there’s little chance that shortages and supply chain issues will rectify themselves in the near term (and likely not in the second half of the year), fleet’s ability to deal with them will be a key indication of how well the industry will continue weathering this storm. One encouraging thought is that now that the industry has learned to survive in the face of these challenges, things can get so much easier and better when they finally work themselves out in the coming months and years ahead. 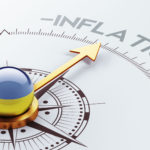 Without a doubt, the biggest question looming over the country – as well as the fleet space – is the prospect of continued inflation. With a year-over-year rise of 9.1% at the beginning of July – and gas prices solidly over $4 a gallon in even the cheapest markets – inflation is taking its toll on American businesses, and the fleet space is no exception. And while we look for this trend to moderate over the second half of the year, it will be important to monitor how long it continues and how bad it gets to determine its ultimate impact, which may not be apparent until well in to 2023.

What we’ll be watching for: At this point, we don’t believe the current pace of inflation is sustainable and that while we may very well already be in a recession, there is a likely possibility that it may slow down. And while many smart observers are calling for continued pain and a marked rise in inflation, it remains to be seen if this is true. Whether inflation continues to rise will also be a function of how aggressive the fed gets, but from all indications they have stopped saber rattling and are now aggressively looking to bring inflation under control. This year’s holiday buying season should be a good indication of how people are feeling and where inflation is headed.

While there’s been a lot of big talk about EVs across our industry in the first half of 2022, challenges around range and infrastructure continue to limit how quickly fleets are adopting them. Nonetheless, that hasn’t stopped OEM’s, especially Ford, from boldly pushing into the EV space regardless of whether fleets are ready or not. 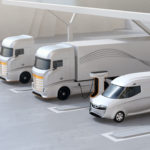 What we’ll be watching for: We expect continued murkiness in the EV space as it seeks to overcome growing pains and looks to settle into a regular pattern. We also expect to see the plethora of EV manufacturers dwindle as pretenders fall by the wayside and more traditional OEM’s go all in on electric vehicles. And while fleets may be unsure of how quickly they can implement EVs, OEMs are starting to ship them in greater numbers. And while only 0.7% of all fleet vehicles were electric by the end of 2021, we expect that number to double or triple this year as OEM’s continue to send fleets EVs whether they’re ready for them or not, something we expect to see more of when new vehicles start to deliver later this year.

Year-over-year housing starts were off nearly 35% in June, while existing home sales declined by 2.4% to a seasonally adjusted annual rate of 5.61 million in April 2022 – the lowest since June of 2022. That spells bad news for the wholesale used vehicle market as without home building and sales, fewer goods and services are required, thus less demand for white metal vehicles that deliver goods and carry workers.

Prospects for the second half of the year:  Given these numbers, it will be important to monitor how bad a hit the industry takes throughout the rest of the year. And while many challenges remain, few believe housing will experience a drastic pullback, especially considering that inventory is low and so much cash is sitting on the sidelines simply waiting for an opportunity jump in. That could be a good thing for fleet if the pain we witnessed in the second quarter begins to subside.

US Dollar Powering Ahead

The stronger US dollar has continued to throw a monkey wrench in the wholesale used vehicle market. It shows no sign of slowing down, which is crushing the export market, perhaps not a bad thing given the limited availability of many vehicle segments in this country.

What we’ll be watching for: As it stands, the fallout from the surging dollar is hard to measure.

As always, we will continue to keep our ear to the ground and to monitor the important indicators that will write fleet’s story of the second half of 2022. If you’d like to follow along and receive a copy of our free White Metal Market Report, send an email to our team at marketing@FLDinc.com and we’ll sign you up.

Bill Bishop is Senior Vice President of Sales and Marketing for FLD Remarketing, and a 30-year-plus veteran of the fleet space. He is a recognized expert on white metal and the wholesales used vehicle market and can be reached at bill.bishop@fldinc.com.