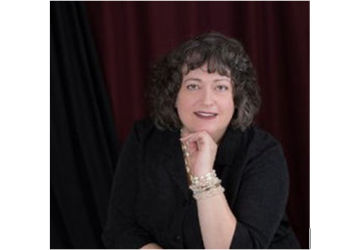 For Ruth Alfson, CAFM, a veteran of the industry and past president of NAFA Fleet Management Association (2015 to 2017), the year came with new opportunities. Early in 2020, she was named fleet manager for the City of Cincinnati. Then the “coronavirus disease 2019 (COVID-19)” pandemic hit. Many organizations faced operational shutdowns. As the hub of multiple essential services, the City of Cincinnati’s fleet needed to keep going.

Fleet Management Weekly caught up with Ms. Alfson to see where operations stand right now, how the fleet persevered through multiple complications and concerns, and what was learned from it all. For Alfson, one of the biggest lessons was perhaps the least complicated: to be flexible. “You never know when COVID-19 might hit your employees or employees in other departments,” she said. “You have to be flexible with scheduling and working around a diminished staff.”

In some ways, the ability for a diminished staff to function well in a crisis was because the City of Cincinnati’s fleet wasn’t the only affected department. “The rest of the City departments were as well,” Alfson said. “We didn’t have the influx of vehicles to be maintained because fewer people were driving to work to bring them in.”

This also freed up mechanics and other facilities to do the work, as they too were coping with lockdown furloughs and a lack of demand. “(Our facility) usually does cars, pickup trucks, light ambulances…if we didn’t have enough work, we could move someone over to a different department, or catch up on some of the tasks that had been lagging around.”

City of Cincinnati’s larger goal, and one Alfson championed specifically for her team, was to keep from laying off anyone from their team. That understanding meant a certain level of instant buy-in from them. “Everyone knew we were taking measures to keep them safe and to make sure they were still employed,” Alfson said. “We needed everyone ‘here.’ We needed their skillsets and expertise, so we did the best we could.”

Such steps included careful social distancing with a flex-time component. “We would have some workers in the office and some at home, and then they would switch off to limit the amount of potential exposure. “Because we didn’t have that massive influx of vehicles coming in, this actually worked very well,” Alfson said.

Even in a diminished capacity, there would still be vehicles to maintain, and there remained the potential of contamination in those vehicles. There was another benefit derived from decreased demand, Alfson explained. “If someone brought in a vehicle, we let it sit in the parking lot for 72 hours giving any type of viruses on surfaces time to die off. And the other departments could not drop it off unless they had cleaned it first.”

To protect the workers who had to handle the vehicles directly, personal protective equipment was made available and additional cleaning stations were developed in case the mechanics felt such was necessary. Alfson noted her facility had a good number of cleaning products already in stock, and that was an advantage during lean months when runs on consumer detergents and disinfectants complicated other organizations. “We put the cleaning products on carts so they could be rolled to the vehicles instead of the vehicles needing to be moved to the cleaning stations.”

The city of Cincinnati’s fleet wasn’t completely inoculated from supply chain issues. “For a brief time, we had issues with getting tires and getting some parts because those companies had shut down,” Alfson said. “We also had some issues getting in our new vehicles because the manufacturers had shut down.” But again, less demand helped balance out less supply. “While we did have shortages, it didn’t impact us as much as if every single person in the City was working from the office.”

Alfson laughed remembering that “work from home” occasionally rubbed some on her team the wrong way. “I had (team members) who actually begged me to not let them stay home because their families were getting too comfortable with them being around and kept piling up housekeeping projects they didn’t want to do!”

There appears to be a light at the end of the tunnel. Several COVID vaccines have been approved by the Food and Drug Administration and are now making their way into the system. “Anyone related to health and safety departments like police, fire, and health department workers will be the first to get vaccinated,” Alfson said, stating Support Services will be next in the chain. “Everyone understands that our frontline workers need to be protected first, and those who do not regularly come in direct contact with the public will be in the next round.”

What are the lessons that fleets need to take away from this event? First of all, said Alfson, fleet needs to recognize it has considerable power to effect change in crises both in the short-term and the long-term. They need to have a plan that is workable but also flexible, and this should never be static. The plan should be continually evolving into something better. Yet, these remain crisis situations, so fleets must understand that there are going to be some hardships along the way to make that plan work. “The more (the organization) works with their employees, the better the response you will get from them in trying to make the plan succeed,” Alfson added

Perhaps the most fundamental thing a fleet professional needs to bring to the work in such times, according to Alfson, is a positive attitude. “If you go into something like this with a very fatalistic attitude, nothing is going to succeed. But if you go looking at it as an opportunity to do good and to make things work, you’re more likely to achieve that outcome.”