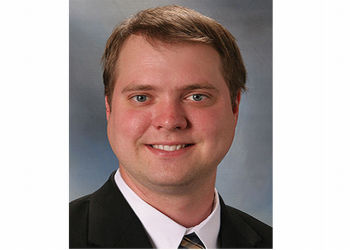 NTEA – The Association for the Work Truck Industry recently appointed Christopher Lyon, CAFM as director of fleet relations. He will replace Bob Johnson, who officially retires Oct. 9, 2015 after more than 11 years of service to the Association.

NTEA selected Lyon for this position based on his extensive industry knowledge and fleet experience. In 2001, he began his career with the Forest Preserve District of DuPage County. Most recently, Lyon was responsible for all vehicle and equipment purchasing for the district’s diverse fleet. He promoted the alternative fuel movement through active involvement with the Chicago Area Clean Cities and the Illinois Partners for Clean Air.

“Welcoming Chris to the Association positions us to continue elevating our presence within the truck fleet community,” said NTEA Executive Director Steve Carey. “Under Bob’s leadership, we have forged invaluable connections and affiliations with many of the fleets in this industry, and we are pleased that Chris will start the next chapter in advancing and strengthening these relationships.”

Lyon earned his Certified Automotive Fleet Manager’s designation from the NAFA Fleet Management Association in 2009. He then served on NAFA’s Certification Board from 2010–2013 and led its Curriculum Committee from 2013–2015. He holds a bachelor’s in business administration from Elmhurst College.

Johnson’s career includes more than 30 years of field experience in utility fleet and heavy equipment design. Prior to joining NTEA, he was national manager of fleet technical support for Verizon Communications, supporting more than 65,000 vehicles in 38 states. While at NTEA, Johnson has developed numerous resources, including training programs and life-cycle cost analysis software, to help improve fleet productivity and efficiency.

Until his formal retirement, Johnson will oversee the transition and onboarding process to ensure the continuity and effectiveness of this position for the Association.