Your Car Is Now Worth Less Than You Think 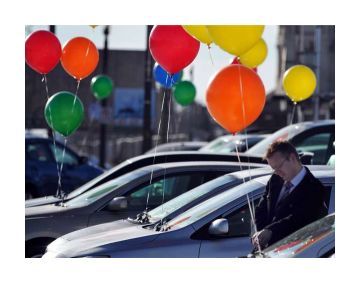 Car sales in the U.S. have been rising for seven consecutive years now, and it’s denting the value of whatever is currently parked in your garage or driveway.

With so many new cars rolling out of dealerships lots and instantly becoming used cars, the secondary market is glutted and the pace of depreciation is rapidly accelerating.

Your not-that-old car might not be a clunker quite yet, but it’s probably a lot closer than you think.

The average used car lost 17 percent of its value in the past 12 months, dropping from $18,400 to $15,300, according to data from Black Book, an auto analytics company.That annual depreciation figure has been increasing steadily, too.

The average used car today depreciates nearly twice as fast at it did in 2014, when the annual rate was just 9.5 percent.

To read more of the original article, go to Bloomberg.