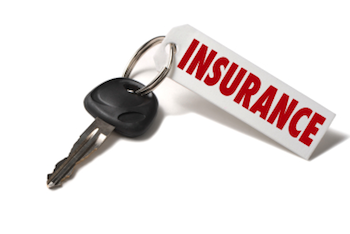 Getting the best car insurance rates isn’t as simple as keeping your record clean, according to a recent report that says what you pay may have more to do with how well you pay your bills than how well you drive.

After analyzing more than 2 billion price quotes from more than 700 companies nationwide, Consumer Reports concluded that premiums are based more on the companies’ own interpretation of your credit score than accident rates or even drunken driving. For example, single drivers in Florida with a clean record and poor credit paid $1,552 more on average than similar drivers with great credit who had been convicted of driving drunk.

“No consumer would suspect their unpaid bills would have a greater impact than a DWI on how much they pay for car insurance,”  Margot Gilman, Consumer Reports money content development team leader, said. “Our investigation shows they need to think again. We’re putting consumers on alert that they need to shop around.”

But one thing’s for sure, if you don’t shop around, you have no shot to save. The average American motorist hasn’t changed car insurance companies in a dozen years, according to a survey out July 20 from insurance-comparison site InsuranceQuotes.com.  Roughly a quarter of motorists have stuck with the same insurer for over 16 years, and 7% haven’t switched in more than three decades.

“I think it is something that is just sort of looked at as a task,” says Laura Adams, senior analyst at InsuranceQuotes.com. “I don’t think they equate shopping for insurance with saving money.”

Among the survey’s respondents, 36% said they never shopped around. They’re missing out. Drivers who switch to a new insurer average $387 in annual savings, according to the 2014 U.S. Insurance Shopping Study conducted by J.D. Power.

Adams recommends searching annually. “Whether it’s on your birthday or after the new year,” she says, “set a day to go through, shop (and) make sure you’re not overpaying.”

And unlike health insurance, you don’t have to wait until your current policy comes up for renewal to switch. About 46% of Americans didn’t know that.

“You can shop any time,” Adams says. If you do switch, and prepaid your previous policy, the company will reimburse you.

Some companies even offer deals to entice consumers to switch. “You’ll get an additional discount for making the switch before your policy expires,” she says. “It might typically be in the neighborhood of 5% to 15%.”

•Shop for quotes once a year.

•Check prices with at least a dozen companies in your state.

•Monitor your credit report for accuracy, and ask to be scored again by an insurer if errors are found and corrected.

•Don’t wait until your current policy has expired to start looking. A gap in coverage can cost you.

•Ask what discounts you might qualify for, particularly if you’ve recently gotten married, changed professions or gone through another life change. But be aware that some discounts, such as the one for student driver training, may not save as much as you think.