Why Business Fleets Are Slow to Embrace Car-Sharing, and What They’re Missing 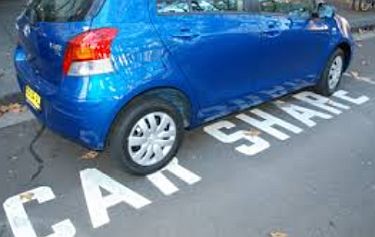 Despite its highly touted benefits, North American business fleets are lagging behind other markets in embracing car-sharing, still a relatively small but booming phenomenon, especially among younger consumers around the world. That’s the view from a round of interviews with some key players and observers of the nascent car-sharing market.

One big reason for the lag: for the most part, unlike government and academic fleets, business fleets don’t pool their vehicles – they assign them for permanent use by a single driver. As such, drivers generally regard their vehicle as a benefit, and many drivers are allowed to drive them for personal use, some even by members of their immediate family.

Apart from the possibility of reducing some fleet drivers’ productivity, taking away drivers’ assigned vehicles in exchange for access to a pool represents a cultural change many business fleets don’t want to undertake for fear of losing top employees or reducing their ability to recruit.

Sandra Phillips, CEO and founder of movmi.com, a Vancouver, British Columbia-based mobility consulting firm, says that’s why fleet sharing is more common among government and educational institution fleets. For them, car-sharing “is a natural fit. But for corporate fleets, transitioning to car-sharing is really a hard cultural shift to make.”

The car-sharing customer mix at Merchants Fleet Management, a fleet management company based near Manchester, New Hampshire, gives an indication of how just how far behind business fleets are in enjoying the benefits of car-sharing. “Our car-sharing customer base is 20 percent corporate, 30 percent academic institutions and 50 percent municipalities,” says John Cail, director of mobility leasing services.

Meanwhile, Katelyn Chesley, a spokesperson for Zipcar, a global car-sharing company, said its 20,000 business customers in the U.S. are “primarily small business users.” She added, however, it also has corporate accounts for individuals at such big names as Google, Microsoft, Salesforce and Twitter.

There are basically three different kinds of car-sharing models that fleets can use, each with its own kinds of benefits:

Commercial car-sharing. The easiest option for corporate fleets is to cover or reimburse their employees for using a vehicle from a commercial car-sharing service, like Zipcar, Car2Go or General Motors’ Maven. Unlike with a rental car, where the minimum period is one day, commercial car-sharing vehicles can be taken out for as little as one hour. The savings can be significant: a typical mid-sized rental car costs $60 to $80 a day, but if you take out a vehicle for two hours from a car-sharing company, it might only cost $17 to $20. There’s also the benefit of not having to lease or buy cars for drivers for whom this model is appropriate.

In-fleet sharing. Car-sharing consultants recognize that some employees will always need to drive an assigned vehicle. But Cail, of Merchants, says those that make the best use of car-sharing can “right-size” – that is, reduce – their fleet by as much as 25 percent, while Julian Espiritu, managing director of Abrams Carsharing Advisors and one of the originators at ZipCar, puts the number at 50 percent.

For a large fleet, either figure could mean savings of up to a million dollars a year or more in acquisition, maintenance and repair costs. At New York City, since 2016 it has meant the elimination of 106 out of the 2,500 sedans in city department fleets enrolled in its car-sharing program, according to city chief fleet management officer Keith Kerman.

For pooled fleets, the benefits of using a car-sharing platform like Merchants Fleetshare come from streamlined administration and the detection of vehicles that are underutilized. Cail says that a typical pooled fleet relies on manual administration, which includes taking reservations, distributing and collecting keys and reporting on usage.

Fleetshare automates the entire operation, enabling drivers to make reservations via computer or smart phone, allowing for keyless entry based on reservations, instead being handed keys for each use. Cail said manually-managed pooled fleets that use Fleetshare also avoid a common driver practice of picking up the keys at the start of the day and returning them at the end of the day, even when they are actually using the car for just a few hours. As a result, the vehicle – which could have been used by another driver or two – is unavailable. Cail noted that avoiding this practice can increase fleets’ capacity utilization by another 10 to 15 percent.

Sharing beyond fleet business. The first two models above help fleets save money, but this one enables them to create a revenue stream. Merchants’ Cail says that two customers – one academic fleet and one municipal – use Fleetshare to let employees pay to drive fleet vehicles outside normal business hours. Drivy, a French-based car-sharing services firm, goes one step farther: it enables business fleets to share their vehicles with the general public, essentially placing them in direct competition with companies like Zipcar and Car2Go.

Both Cail and movmi’s Sandra Phillips say this is where North American fleets have so far drawn the line. Phillips says her firm has mentioned the option to 20 to 30 different business fleets, all of whom have said no. Says Cail, whose Fleetshare platform can support this model, says his company has had the same responses so far: “They get to talking about risk management and accidents, and that’s where the conversation ends.”

Phillips says the day a North American fleet shares its vehicles with the general public may yet arrive. She said a Canadian insurer “is in the very, very, very early” stages of development of “mobility insurance” which may open that door for business fleets throughout North America.

Fleets are asking their FMCs for guidance

Whether they provide their own platform for car-sharing or not, it seems that all the big fleet management companies are talking to their customers and prospects about it, even as the FMCs themselves contemplate their own car-sharing strategies. One of them is Element Fleet Management, which provides GM’s Maven with maintenance and accident management services.

“At Element Fleet, we’re currently having a lot of conversations about car-sharing,” says Jayme Schnedeker, director of fleet products. “The question for companies like Element is, where do we fit into all of this? And how can we ensure that companies are optimizing their fleet budgets while maintaining maximum flexibility and employee productivity?” True enough, because car-sharing potentially means fewer vehicles for FMCs to provide and finance, while at the same offering them another opportunity to serve as a trusted adviser.

And advice is what Element is, indeed, providing. As Eric Schell, Element product manager, says, “Our advice for customers asking about car-sharing services is to evaluate the organizational needs and run the numbers to determine if any of the car-sharing service models are able to meet their needs. This is especially important if an organization plans on eliminating their traditional fleet model or reducing the size of their owned or leased fleet.

“Companies must evaluate the overall cost of their fleet versus using car-sharing services, but they also need to think about employee impact, costs associated with change management, employee productivity or efficiency, and more. Drivers are getting a taste of micro car-sharing and traditional fleet pools in some markets, but the adoption of this subscription model on a wider level would require a significant cultural change – customers would need to alter their mindset on how they do business today.”

As has been noted many times, car-sharing is a disruptor that both threatens and offers opportunities for all kinds of players in the automotive universe.