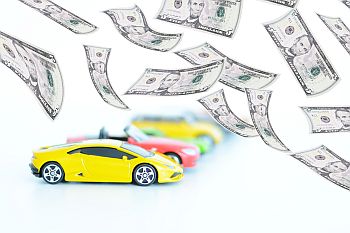 The cost of previously owned sedans, pickups and sport-utility vehicles soared 10% in April, according to the Bureau of Labor Statistics, the fastest climb ever in data that go back to 1953. It accounted for more than a third of the 0.8% increase in the consumer price index, which was four times the level economists estimated.

With fewer new cars being made amid a shortage in critical semiconductors, both retail consumers and rental car companies have gone to the used-vehicle market to get the wheels they need. Wholesale prices have soared as a result, up 54% in April from a year earlier at Manheim, the nation’s largest vehicle auction house.

Most analysts say the increase in car prices, like the spike in inflation as a whole, will likely be transitory as production ramps up and demand subsides. Auto sales had soared amid a pandemic-era boom in road trips and hesitancy to take public transportation, trends that look likely to fade over coming months.