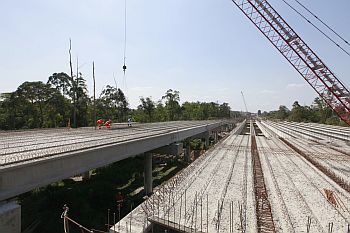 In his first week in office, President Joe Biden has made it clear that climate change is one of his top concerns, with plans to address issues like tailpipe emissions, fuel economy and the push for battery-electric vehicles on his agenda.

The Federal Highway Fund is teetering on insolvency, according to the Congressional Budget Office (CBO), even as studies warn the nation’s highways and bridges are in increasingly poor condition. With federal gas taxes providing the vast majority of the fund’s revenues, there may be no other option but to increase those taxes or find a new way of raising funds.

There is “a lot of work to do to improve the infrastructure in this country, a mission that will not only keep more people safe, but also grow our economy as we look to the future,” Pete Buttigieg, U.S. Transportation Department nominee told a U.S. Senate panel, adding, “We need to look at any responsible, viable revenue mechanism we can all agree on to replenish highway fund coffers.”

Jan 24, 2021connieshedron
Electric Vehicles Close to ‘Tipping Point’ of Mass AdoptionMajority of Electric Vehicle Owners are Intent on Purchasing Another One in the Future, J.D. Power Finds