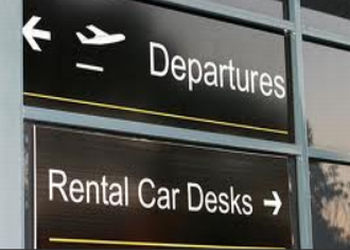 The car rental business is a notoriously tough game with deep discounting. Some cars start at $8 per day in Sun Belt hot spots like Las Vegas, Florida, and Texas.

Tired of such weak pricing, Avis Budget (CAR) is taking a page from the airline industry. For decades, companies selling seats on planes have been perfecting the algorithmic arts of revenue management. The goal is to sell every seat for as much as possible based on a mountain of data the carrier has amassed. Now Avis has its own software, referred to as the “demand fleet pricing tool,” adjusting rental prices based on local data, past pricing, and other factors in 110 major markets

The early results of algorithmic rental cars are in, and Avis Chief Executive Officer Ron Nelson declared himself well-pleased with its “more nimble and dynamic” pricing. The company on Thursday reported record quarterly revenue of $2.5 billion, led by a 3 percent increase in the price of leisure-car rentals in North America over the summer. That helped fuel a quarterly net income of $209 million, putting New Jersey-based Avis on track for a record profit this year.

The ability to charge more for cars in North America, including for rentals made as part of corporate contracts, plays the largest role in Avis Budget’s improved financial performance. Avis says each 1 percent increase in price represents $33 million to the company. The other two large rental car companies, Enterprise and Hertz (HTZ), have been less aggressive on price increases. (Hertz has been distracted this year with a major accounting review.)

“When you consider all the different car classes and length of the rentals we offer, and then multiply that by the number of our locations and days in the quarter, there are literally millions of opportunities to optimize competitive pricing,” Nelson told analysts on a conference call. The pricing tool “accelerates and streamlines the decision-making process well beyond the capability of manual action.” Translation: Software is far more adept at extracting higher rental rates than humans, just like in the airline industry.

Avis Budget says its new pricing approach amounts to only a tiny hit to travelers—less than a $2 increase for a typical four-day business trip. “In the context of a $1,000 round-trip airfare and four nights in a hotel at $200 a night, the impact of our price increase on the overall cost of a trip is quite insignificant,” Avis spokesman John Barrows said in an e-mail.

“There’s absolutely no reason why car rental, which is the smallest component of anybody’s travel budget, shouldn’t be able to realize some incremental pricing just solely on the basis of what’s going on in the travel sector,” Nelson explained on Thursday. Avis Budget plans to begin using the pricing tool in Australia and New Zealand in early 2015. Europe is scheduled for later in the year.