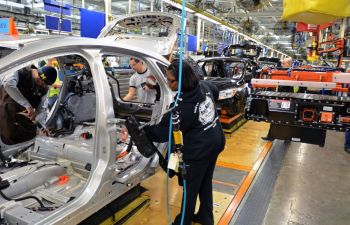 Political pressure or actual need, major investments in manufacturing were announced recently by Ford and GM.

Ford announced a $900 million investment in a new factory for autonomous vehicles and technologies, creating 900 jobs through 2023.

GM announced $1.8 billion in investments that will be spread across six states and add an additional 700 new jobs.