Automakers Diverge on How Fast to Deploy Automatic Braking 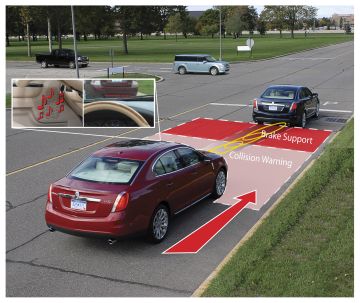 Big automakers are rushing to launch self-driving cars as early as 2021, but the industry’s major players are moving slowly when it comes to widespread deployment of a less expensive crash prevention technology that regulators say could prevent thousands of deaths and injuries every year.

Rival Toyota Motor Corp. has said it will make so-called automatic emergency braking standard on nearly all its U.S. models by the end of this year.

Overall, however, most automakers are not rushing to make automatic brake systems part of the base cost of mainstream vehicles sold in the competitive U.S. market. The industry has come  pressure from regulators, lawmakers and safety advocates to adopt the technology, which can slow or stop a vehicle even if the driver fails to act..

So far, only about 17 percent of models tested by the Insurance Institute for Highway Safety offered standard collision-avoiding braking, according to data supplied by the auto safety research group backed insurance industry. Many of the models with standard collision-avoiding brake systems are luxury vehicles made by European or Japanese manufacturers.

The systems require more sensors and software than conventional brakes, and automakers said they need time to engineer the systems into vehicles as part of more comprehensive makeovers.

Safety advocates have petitioned the National Highway Traffic Safety Administration to begin a regulatory process to require the technologies, but the agency has said the voluntary agreement will result in faster deployment than a formal rule-making process. NHTSA says the technology could eliminate one-fifth of crashes.

Read more of the original article in Reuters

Jun 13, 2017connieshedron
Honda Reveals its Plans for Autonomous VehiclesNew Jersey Wants You to Call #77 if You See Someone Texting and Driving. But Pull Over First.