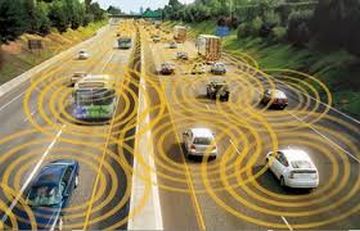 Americans want self-driving cars. Not because they’ll save loads of time or ease the commute nightmare, but because it will save them money.

Of the 1,500 US drivers the Boston Group surveyed in September, 55 percent said they “likely” or “very likely” would buy a semi-autonomous car (one capable of handling some, but not all, highway and urban traffic). What’s more, 44 percent said they would, in 10 years, buy a fully autonomous vehicle.

What’s most surprising about the survey isn’t that so many people are interested in this technology, but why they’re interested.

Such things were a factor, but the biggest appeal is lower insurance costs. Safety was the leading reason people were interested in a fully autonomous ride, with cheaper insurance costs in second place. (Reasons not to want a robo-ride include fear of hacking, distrust of the technology, and good old love of driving.)

This is unexpected, because how insurance will shake out usually is on the “tricky things to be figured out” side of the ledger, alongside how the government will test and regulate the vehicles.

The current insurance business model—car owner has insurance to protect himself from the risk of causing a crash—doesn’t make sense if the computer’s in charge. And if we can make cars that rarely crash, do we even need insurance? We certainly won’t need to spend as much on it (currently about $800 a year, according to the National Association of Insurance Commissioners).

But just as automakers are sneakily getting us to accept self-driving cars, insurers are quietly adapting to the change.

To see the original article go to Wired.com.