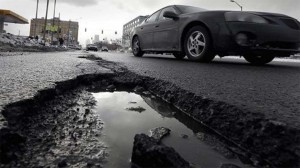 Whether in traffic-congested California, or in Snowbelt states like Michigan, the nation’s roadways are in rough shape. But the need to fix America’s roadways is about the only thing taxpayers can agree on. How to pay for those repairs is an issue dividing the country, according to a new Associated Press-GfKpoll.

A solid majority, six out of 10 of those surveyed, said that the need for good highways, railroads and airports justifies their cost. And the figure goes even higher, to 62%, among those who drive regularly. Even among those who get behind the wheel less than once a week, the figure is a solid 55%. READ MORE about the survey, and what Americans do – and don’t – agree upon.