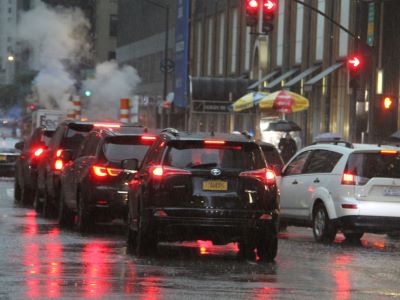 January 15, 2022 – Mayor Eric Adams wants to see the free rides given to many city employees come to a stretching halt. Adams said the city’s fleet of nearly 30,000 vehicles – the largest of its kind in the nation – needs to be stripped down to a “bare-bones minimum.”

He also said he supports reducing the number of take-home cars driven by city employees – which totals 2,857 – and plans to evaluate where cuts could be made. The gratis vehicles come with free gas and sometimes free tolls, and it’s a benefit that has historically led to widespread misuse.

Adams has spent most of his first two weeks in office relying on mass transit to commute to work – even biking at least once. He said he plans to encourage city workers to use mass transit and “ride-sharing” vehicle programs.