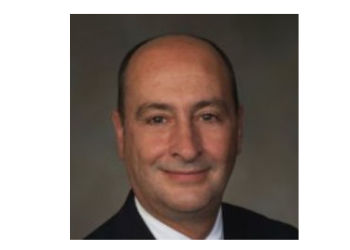 ACERTUS announced today the retirement of John Norris, Executive Vice President. Norris plans to retire in December 2019 after a career that spanned nearly four decades and included significant innovation and transformation of the fleet industry. His exit comes more than three years after ACERTUS’ acquisition of AmeriFleet, a company Norris lead.

As President and CEO of AmeriFleet Transportation, Norris was responsible for the company’s global business operations. During his time at ACERTUS, Norris advanced the company’s operational efficiency and management of client success.

“We would like to thank John for his significant and immeasurable contribution to our organization,” says William Billiter, CEO of ACERTUS. “His focused leadership, integrity, and strategic and analytical thinking are some of his greatest qualities and helped shape the company into what it is today.”

After stepping down in December, Norris plans to spend more time with his family, golfing and serving on several boards. “It’s time to allow the next generation of leaders to take over and help the company transition successfully,” says Norris. “I look forward to watching them come into their own and writing the next chapter of this company’s rich history.”

Norris’s prior leadership experience includes CEO and board member of New Hermes Inc., a leading manufacturer of industrial marking and engraving software and hardware; senior vice president positions with a division of the Fortune 500 Company, American Standard Inc.; and senior sales and marketing positions with ADT Inc.

Norris holds an undergraduate degree from the State University of New Jersey and MBAs in Finance and Marketing from Farleigh-Dickinson University. He is a founding member of the American Auto Haulers Association, a 10-year participant in Vistage International (the world’s largest CEO and leadership development organization), an active member of The National Association of Fleet Administrators (NAFA), The American Fleet Leasing Association (AFLA), The American Automotive Leasing Association (AALA), and the Network of Employers for Traffic Safety (NETS). John is a frequent speaker at commercial fleet and logistics industry trade events.

Sep 9, 2019Janice
Electric Ford F-150 Could Be Here as Early as 2021This Self-Charging Mining Truck is the World's Largest Electric Vehicle