Will Amazon’s Delivery Van Signal a Surge in Truck BEVs? 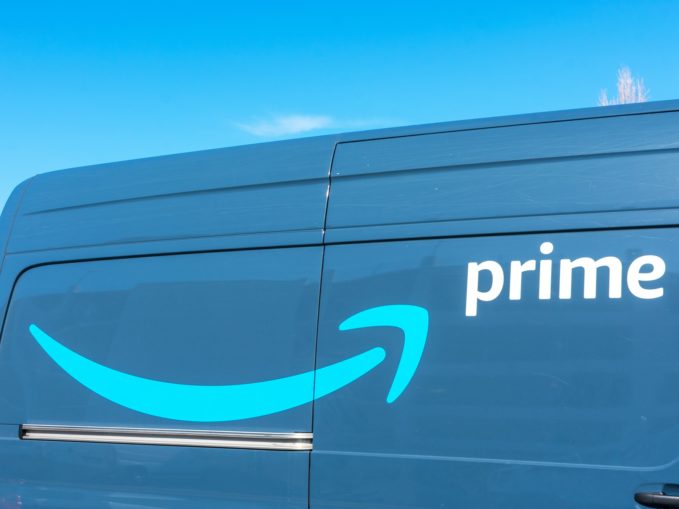 “There is a tide in the affairs of men
Which, taken at the flood, leads on to fortune;
Omitted, all the voyage of their life
Is bound in shallows and in miseries.
On such a full sea are we now afloat,
And we must take the current when it serves,
Or lose our ventures.”
William Shakespeare, Julius Caesar, Act 4, Scene 3

Rivian’s demonstration caps a months-long surge in announcements and demonstrations of promised commercial vehicles: from pickups, to work trucks, to delivery vans, to Class 7 and 8 behemoths.

How long it will take for this activity to reach high tide can only be a guess. Nevertheless, as an accompanying piece in this issue — an electrification panel at the recent AFLA conference makes clear– all the signs point to the likelihood of a strong, even massive battery electric vehicle (BEV) movement to electrification.

Until now, nearly all BEVs– most notably, Tesla– have been passenger cars, and high priced, compared to ICE vehicles. But now, BEV trucks, from pickups to Class 7 and 8s, are edging closer to reality. And the price, principally because of the cost of batteries, along with range issues, and sometimes-shaky suppliers, took BEVs realistically out of the picture for true commercial ROI applications.

The most-recent common wisdom is that there are just too many advantages to fleet electrification: from still-falling battery prices as well as still-increasing battery range and life; simpler drivetrains, with BEV parts at a dozen or so vs thousands for an ICE; carbon-free pledges by corporations as well as state and local governments; and, of course, reduced fuel and operating costs.

Forbes ran an excellent summary of the electrics’ advantages two years ago, under the attention-grabbing title Seven Reasons Why The Internal Combustion Engine Is A Dead Man Walking [Updated]

The payoff — still yet to be proved, of course– will be significantly lower TCO for BEV trucks in fleets. “Amazon will be the guinea pig,” says fleet veteran David Hayward, who has long experience in global, corporate, service fleets and is a member of NAFA Fleet Management Association Board of Directors.

The demonstration unit shown last week is one of three different models that Amazon has invested in and completely customized with Rivian to enhance the driver experience and optimize safety. “We prioritized safety and functionality to create a vehicle that’s optimized for package delivery,” said R.J. Scaringe, Rivian’s CEO. He noted that it’s not just electric, but “packed with industry-leading safety, navigation, and design features”:

The emerging truck fleet market is much broader than delivery vans, important as they are, especially these days. It includes pickups and SUVs along with every weight class. Amazon led a $700 million investment round in Rivian in early 2019 and included Ford. Ford and Amazon also both participated in a $1.3 billion round led by T. Rowe Price in December 2019.

Rivian says that it will begin selling its own pickup and SUV in the summer of 2021, and Rivian will provide the platform for the Lincoln Mark E, expected to in 2022 at a price of $70,000 or more. Ford is planning to introduce its own BEV 150 sometime mid-2021. GM is also planning a BEV pickup for 2021 and is claiming it will have a range of 400 miles. It’s unnamed as yet but reports say the truck will be Silverado -ike, perhaps to distinguish it from the BEV Hummer– also due also in 2021

Tesla has been promising a pickup for many years. Most recently, it is projecting late 2021, for a stunning low entry-level price of $40,000.

If all this weren’t confusing enough, the Lordstown Motors’ Endurance and Nikola’s (yes that Nikola) Badger are BEVs that the companies have announced. GM has invested in both companies. Another wildcard is Workhorse, which owns 10% of Lordstown Motors and is thought to be a leader for a $6.1 billion BEV delivery van contract for the U.S. Postal Service. President Trump’s mention of the company several times in tweets beginning in May 2019, along with speculation that Workhorse will win the Post Office contract, has undoubtedly helped propel the stock from 80 cents to the high $20s as this was written. It’s obviously premature for fleet managers to begin ripping up their forward plans, but it’s clear that it’s time to start taking BEVs seriously.

We leave the last word to fleet expert Steven Saltzgiver, Director, Strategic Innovation at RTA Fleet Management Software, and a frequent contributor to these pages, “I think EVs will eventually win out when the initial acquisition cost and TCO provide an incentive for each fleet. This will still take time because it has to be transparent upfront without layering in any purchase incentives (grants, etc.) Realistically, I think it will become more pervasive in 5-10 years.”