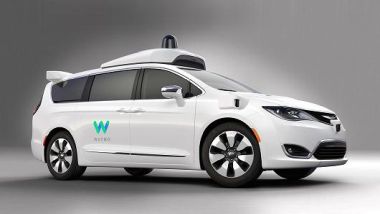 Google’s Self-Driving Car Project, Waymo, is months from launching a paid robotaxi service. Waymo launches in Phoenix with 600 vehicles, with plans to add up to 82,000 Chrysler hybrid vans and electric Jaguar i-Pace SUVs to its fleet over the next few years.

Expanding a Waymo-branded ride service to multiple cities in the U.S. and abroad is its next evolution. Doing that in an efficient, safe way means scaling up everything.

“At a high level, there are maybe three things that have to come together. You have to build maps and maintain them, in order to scale and deploy this technology. You have to build and design self-driving hardware, lasers, radars, cameras, computers, and then you have to build and be able to deploy the full software stack,” Waymo CTO Dmitri Dolgov said. “In all of the three main pillars of our system, we’re at a point where we are industrializing the whole thing.”