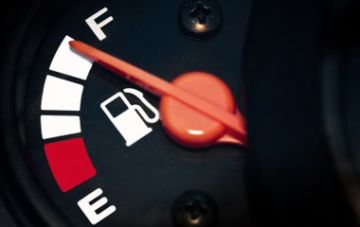 Company car drivers are more likely to drive slower, turn off the air conditioning or avoid heavy acceleration in a bid to reduce their company’s fuel bill, according to research by UK automotive services company RAC Business.

The survey, conducted as part of the RAC’s annual Report on Motoring, found that four in ten (40%) company car drivers actively changed their driving behavior to keep their miles per gallon (MPG) low, compared to 27% of private vehicle owners.

Overall, two thirds of company car drivers (66%) said they monitored the fuel consumption of their vehicle, compared to less than half (44%) of private vehicle owners.

RAC Business Services director David Aldridge said: “Fuel prices have dropped significantly over the past few months but filling up the tank can still represent a huge chunk of a business’s expenditure. Adopting a fuel efficient driving style could add up to savings of thousands of pounds every year across a fleet of vehicles while also contributing to a reduction in emissions.

“It’s encouraging to see company car drivers are being proactive about fuel efficiency and MPG, especially when they’re unlikely to be personally liable for the cost and you might think would care less because it’s not their own personal vehicle. However there are a number of factors combining which could be encouraging company car drivers to think about fuel costs.”

Last month, UK government tax agency HMRC cut the company car fuel allowances across six categories to as little as 11pence a mile for diesel and 13pence a mile for gasoline.

Aldridge added: “In order to break even on their fuel allowances, many company car drivers have become used to driving as efficiently as possible to maximize their allowance. Until recently, fuel prices have been consistently high, so this inevitably will have put efficiency front of mind.”

The RAC’s research also highlighted how company car drivers are able to achieve better fuel efficiency due to the in-car technology that is now available. In fact, the majority (90%) of company car drivers said they used their vehicle’s built-in dashboard or computer, compared with 68% of private vehicle owners. By contrast, non-company car drivers were more likely to calculate it manually (27%), use a smartphone app (5%) or calculate it on a website (3%).

Aldridge added: “Technology can help drivers keep track of their fuel efficiency and vehicles themselves are becoming more sophisticated at self-monitoring. The increasing use of telematics could also be altering driver behavior. When your speed and journeys are being monitored by your company, inevitably this will have a knock-on effect on how efficiently you drive. At the RAC, we saw huge savings in our company fuel bill when telematics was rolled out across our fleet. A similar pattern will be seen in other businesses, of all sizes.”

Department for Transport figures state that driving at a steady speed of 50 miles per hour (mph) instead of 70 mph can improve fuel economy by 25 percent. Other tips to increase fuel efficiency include reducing the amount of unnecessary items being carried in the vehicle, turning off the air conditioning and removing roof racks.

Vehicle manufacturers are increasingly producing cars that no longer carry a spare wheel in order to make them lighter, more fuel efficient and compatible with European standards for reduced emissions.