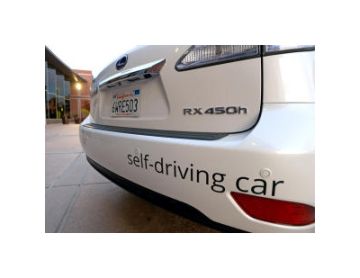 Thousands of self-driving cars are now that much closer to hitting the streets after House lawmakers approved a bill Wednesday to expand companies’ ability to test the next-generation technology.

Here’s what you need to know.

What does this bill do?

The legislation attempts to lay out a, well, roadmap for the research and development of self-driving cars.

Known as the Self Drive Act, the bill would let companies that are building self-driving cars apply for exemptions from the state and federal regulations that govern safety and design, potentially accelerating the deployment of cars that can navigate the streets themselves.

Under the bill, automakers could eventually add as many as 100,000 of these experimental cars to U.S. roads every year.

To read more of the original article, go to The Washington Post.