Trucking Industry in 2022 and Beyond: Breaking Down Top Trends by Industry 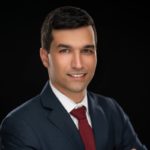 The past two years have brought a lot of changes, to our society as a whole as well as within many different industries. Aside from the supply chain issues caused by the global lockdowns and problems that people had trying to find out of stock items that they wanted or needed, there have been a large number of changes that were invisible to the average consumer.

For instance, did you know that prior to the lockdowns, 60% of the meals eaten daily in the US were out of home, in places like restaurants and cafeterias? When the lockdowns came, that 60% went from out of home to at home, causing the entire food and beverage industry to shift its logistics network.

To the layman that sounds like it shouldn’t be such a big deal. Just deliver to a different address, right? Transportation professionals know that was hardly the case. Aside from the size and type of shipments being profoundly different for bulk commercial vs grocery stores, laws and regulations forbid the industry from selling food meant for the commercial sector to residential. 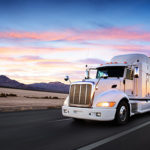 The changes in consumer behavior and even place of deliveries changed, forcing the logistics industry to adapt once again to ensure that the trillions of dollars worth of goods sold in this country every year arrived where they needed to be. We will go through some of these changes that we are currently seeing in 2022, to give you and your business access to what is going on behind the scenes.

When the lockdowns began and many office workers, students, and other members of our society went home for their days, the nature of our shopping, supply chains, and delivery processes changed as well. Just moving out of the office didn’t mean that office workers no longer needed their office supplies – it just meant that what used to be large, bulk deliveries to corporate offices and loading docks now had to be split up into many smaller delivery batches and locations.

The very nature of our shopping changed as well, as consulting firm McKinsey noted the vast changes in consumer behavior that began with the move to home-based learning, shopping, and entertainment that were ushered in with the lockdowns. These have changed where we shop, how we shop, how often we shop, and how retailers & logistics professionals have had to adjust their processes to keep up with consumer demand. 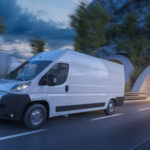 One of these changes has been a great shift towards last-mile deliveries, visually apparent by the Amazon Sprinter vans that are now ubiquitous on American roads and city streets. These final mile deliveries break what used to be large-batch deliveries carried via big rigs to many smaller deliveries, now in vehicles that use less gas and are better equipped to transit both crowded urban streets and rural landscapes.

Consulting firm Providence Research estimates that final mile delivery services will be a $424.3 billion industry by 2030, meaning those vans (or others like them) will not be going away any time soon.

Technology and the driver shortage

While a large percentage of shipments are moving to the smaller and more nimble last-mile delivery style, the commercial driver industry is facing an existential dilemma. At its current rate, over 25% of the current cohort of CDL-licensed drivers are set to retire within the next decade, and the career field is not replenishing itself as quickly as it has in the past. 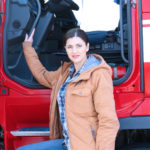 This is for several reasons, namely because the younger generations today are not as motivated by financial incentives as their predecessors were. While the commercial trucking profession has always been one that pays very well for not requiring a college degree, it also requires long bouts of time away from home and family, something that today’s youth are not inclined to go for.

Even with the large move in the shipping process to the more fuel-efficient last-mile delivery, 71.6% of goods sold in the US are delivered by truck, and every one of those trucks, no matter what size, runs on gasoline or diesel. And while many residential deliveries may be moving to the Sprinter van rather than the Freightliner semi-truck, the great increase in imports that the US has seen in the past several years means that at the very least, those large tractors are needed to pick up the shipments at ports when they arrive from their overseas points of embarkation. 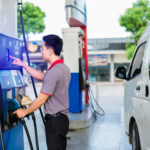 There are many factors that have led to gasoline being as high as $7 per gallon in some parts of the country, meaning that each of those costs will eventually be passed on to the consumer through higher shipping costs. At a time when many US-based small businesses went bankrupt during the lockdowns and our economy is just beginning to come out of its pause, those increased costs may not be welcomed by consumers with open arms. There will have to be more adjustments made to the logistics process to help curtail exorbitant prices, but we’re sure the scrappy and agile industry will find a way.

On top of the driver shortages and fuel cost increases, the global lockdowns caused some major supply chain disruptions due to the parts making many different products being sourced from all over the globe. This has even led to some domestic commercial auto manufacturers being as far as 26 weeks behind schedule, causing further disruptions in shipping. 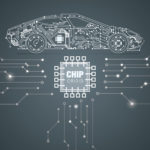 Thankfully the US quickly recognized this issue and is beginning to shift some of our manufacturing and production back to the US. Semiconductors are one of the parts that have caused major delays in many products (including automobiles), and many of the world’s top manufacturers (TSCM, Samsung, Intel) have all announced plans to build large, domestic factories.

Forward progress like this should begin to change the import/export deficit back in our favor here in the US, which could potentially mean that fewer large trucks are needed for those port shipments, driving the demand for last-mile delivery even higher.

Transportation is known as the “industry that keeps moving,” because nearly every good that you use in your daily life was at one time moving within its supply chain process. There have been many changes needed in the past to keep that industry moving forward and for the goods to continue being delivered on time, and that will not be changing any time soon. The industry is known for both its adaptability and resilience, so while there may be major changes and challenges on the horizon, we can rest assured that the transportation industry will meet those challenges in stride.