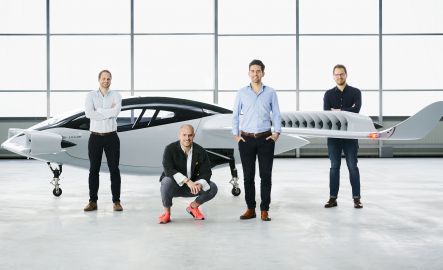 The world’s first all-electric vertical takeoff and landing passenger jet has been unveiled after completing its maiden flight in the skies over Germany earlier this month.

German startup Lilium aims to have a fleet of the five-seat aircraft — which can operate with a pilot or in drone mode — flying in cities worldwide by 2025, providing a pay-per-ride service that will be emission-free, five times faster than a car and produce less noise than a motorbike. The plane will have a 185-mile range, allowing it to link New York and Boston.