The Future of the Automobile is Being Reshaped in California 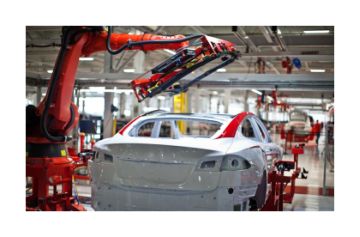 Within walking distance of Tesla Motors’ Palo Alto headquarters and across the street from Hewlett-Packard, Ford Motor Co. has set up a new Silicon Valley outpost.

With a team of 100 reporting to a former Apple engineer, the Detroit giant is researching how humans experience machines, running autonomous-vehicle driving simulations and testing software that examines how bicycles and cars interact.

“For 100 years, automobiles have been a mechanical engineering industry,” said the center’s director, Dragos Maciuca, who on his morning commute drives past a nearby research center of German automotive electronics and parts supplier Bosch. “Now, there is the shift to software – and the mecca of software is Silicon Valley.”

Ford’s Western hub, opened in January, is just one sign of California’s emergence as the global center for the future of personal mobility. Other automotive powerhouses with Valley offices include Toyota, Honda, Hyundai, Volkswagen, BMW, Mercedes-Benz, Nissan and automotive suppliers Continental, Delphi and Denso.

The state also has given birth to tech-driven ride services such as Uber and Lyft and car-sharing companies Turo and Getaround. Many envision the state’s converging tech and auto industries playing a leading role in a future in which riders can order driverless vehicles on demand.

“We have the best software engineers in the country, and the most of them, and a good university system,” said Pasquale Romano, chief executive of ChargePoint Inc., the company building a large network of electric car charging stations. “It’s all the components necessary to make California the next Detroit.”

Nov 23, 2015connieshedron
Ford F-150 Named Green Truck of the YearDonna Setaro Brings Her Message "Slow Down, Move Over, It Is The Law" To NAFA’s I&E