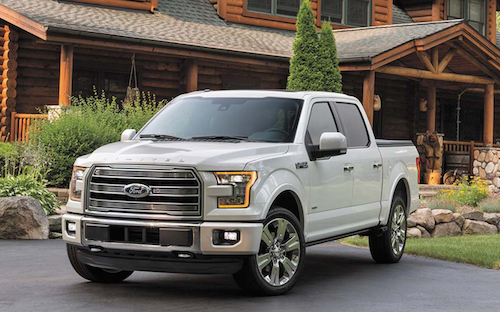 The Ford F-150 pickup has been named the Green Truck of the Year, while the Ram ProMaster City has been declared the Commercial Green Car of the Year.

You might find it difficult to use the words, “green,” and “pickup truck” in the same sentence, but manufacturers have been striving to make even the biggest vehicles on the road more environmentally friendly, as reflected in a pair of new awards.

“Over the past few decades, new car models have benefitted from design and technology improvements that have brought higher fuel efficiency and greater levels of environmental compatibility,” said Ron Cogan, publisher of Green Car Journal, which hands out the annual awards. “We’re witnessing the pickup and light commercial vehicle field enjoying the same attention.”

The announcement at the San Antonio Auto & Truck Show follows a separate event at the Los Angeles Auto Show last Friday that saw the completely redesigned 2016 Chevrolet Volt beat out a competitive crowd that included the fourth-generation Toyota Prius to claim the title of Green Car of the Year.

The Chevrolet Colorado Duramax and GMC Canyon Duramax, in fact, were officially rated by the EPA as the nation’s most fuel-efficient pickups this month;

Nissan’s complete makeover of its Titan began with the launch of the diesel-powered XD;

The Toyota Tacoma, the country’s best-selling midsize pickup, went through its own makeover.

READ MORE of the original article on The Detroit Bureau