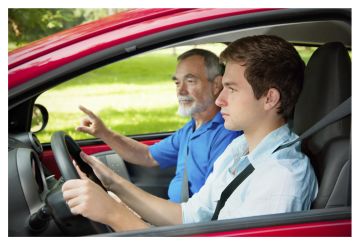 A new national study by Boston-based Liberty Mutual Insurance found that while parents are asking their teens not to text and drive, parents are texting them and expecting a response. The main reasons teens use their phones while behind the wheel are to respond to (47 percent) or contact their parents (44 percent), the study said.

Read the article at Chicago Tribune.

Aug 6, 2018connieshedron
Some of Our Favorite, Best-Selling Vehicles Are Getting SaferA Hurdle For Self-Driving Cars - Intuition